SEOUL, March 19 (Yonhap) -- South Korea said Thursday it will take steps to counter a potential credit crunch in the capital market amid growing market jitters caused by the outbreak of the new coronavirus.

"The government will swiftly take market stabilization steps under its contingency plans if needed, so businesses will not face difficulties in securing necessary funds," Vice Finance Minister Kim Yong-beom said after a meeting in Seoul to review the country's financial condition.

The official said there are some signs of a credit crunch in the global financial market and demand for the U.S. dollar is accelerating.

"We are closely paying attention to the possible credit crunch in the global market, and will step up dollar funding," he said. 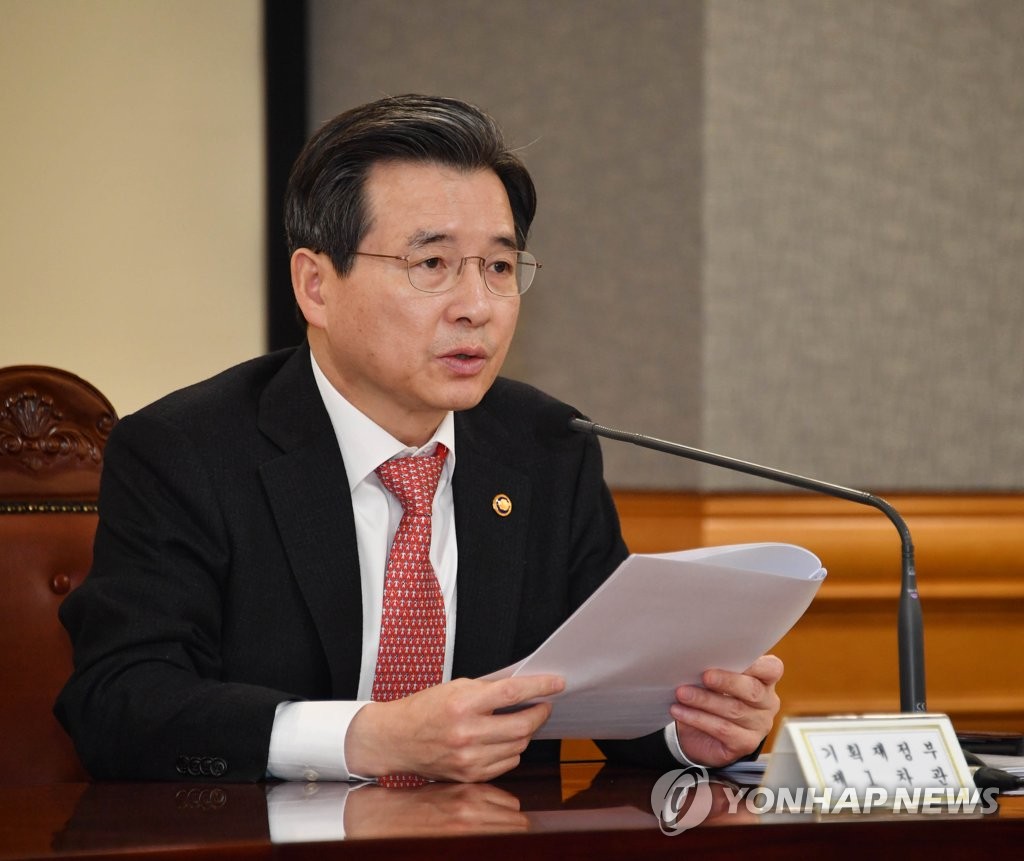 The local bond market has been suffering a jolt as major economies, including the United States, sharply cut their policy rates to minimize the economic fallout from the spread of the new coronavirus.

The U.S. Fed slashed its base rate by a whopping 1.5 percentage points in two emergency rate cuts, sending its rates to a target range of 0-0.25 percent.

The Bank of Korea followed suit, slashing its own rate by 0.5 percentage point to 0.75 percent this week in its first emergency rate cut in more than a decade.
(END)