Moon has urged his economy team to explore "aggressive special measures" to prop up the economy amid what he calls the "unprecedented multi-crises" arising from the COVID-19 pandemic. He told related officials not to quibble over policy precedents.

Moon and other participants in the Cheong Wa Dae meeting, including Finance Minister Hong Nam-ki, are expected to draw up a priority list of policy steps. Stabilizing the financial market and supporting small businesses would be on the top of it, according to officials.

Drawing keen attention as well is whether such politically hot issues as another extra budget program and universal basic income will be addressed. 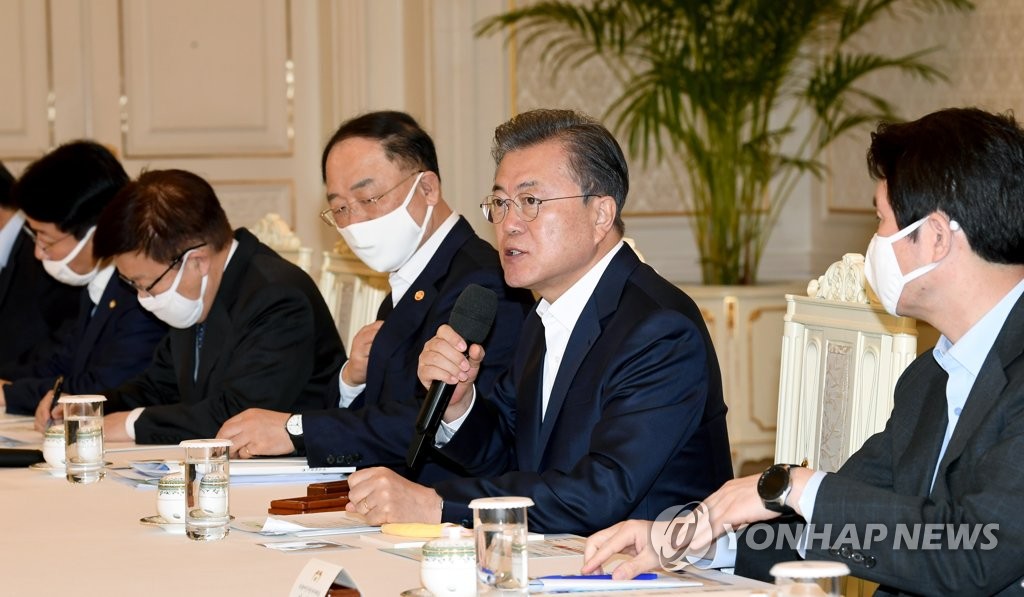 Earlier this week, the National Assembly passed an 11.7 trillion-won (US$9.44 billion) supplementary budget bill. Moon said the government's proposal on the extra budget is "not an end but a start" in responding to the economic ramifications of the pandemic.

Heads of some local governments have also floated the idea of providing every family with cash or a voucher worth up to 1 million won in the form of universal basic income.

For now, however, Cheong Wa Dae favors a "selective" approach to focus first on those in urgent need, an informed source said.