SEOUL, March 19 (Yonhap) -- South Korea and the United States have wrapped up the second day of their latest defense cost-sharing talks in Los Angeles, the foreign ministry said Thursday, amid speculation they could extend the talks for another day.

Seoul's top negotiator Jeong Eun-bo and his U.S. counterpart, James DeHart, continued their negotiations Wednesday to determine how much Seoul should pay for the stationing of the 28,500-strong USFK under the cost-sharing deal, called the Special Measures Agreement (SMA).

The two sides initially planned to conduct the talks for two days, but speculation remains they could extend them to make progress amid rising concerns that Korean workers in the USFK could be forced to go on unpaid leave next month absent a deal to bankroll their wages.

Before the seventh round of the negotiations, Seoul's negotiation team prepared to engage in separate negotiations for an arrangement to first address the Korean employees' wage issue in case of a failure to reach a comprehensive SMA.

Since last September, the two countries have held six rounds of SMA talks, including the last in Washington in January. But they failed to bridge differences over how much Seoul should shoulder this year and beyond and what should be covered by the SMA. 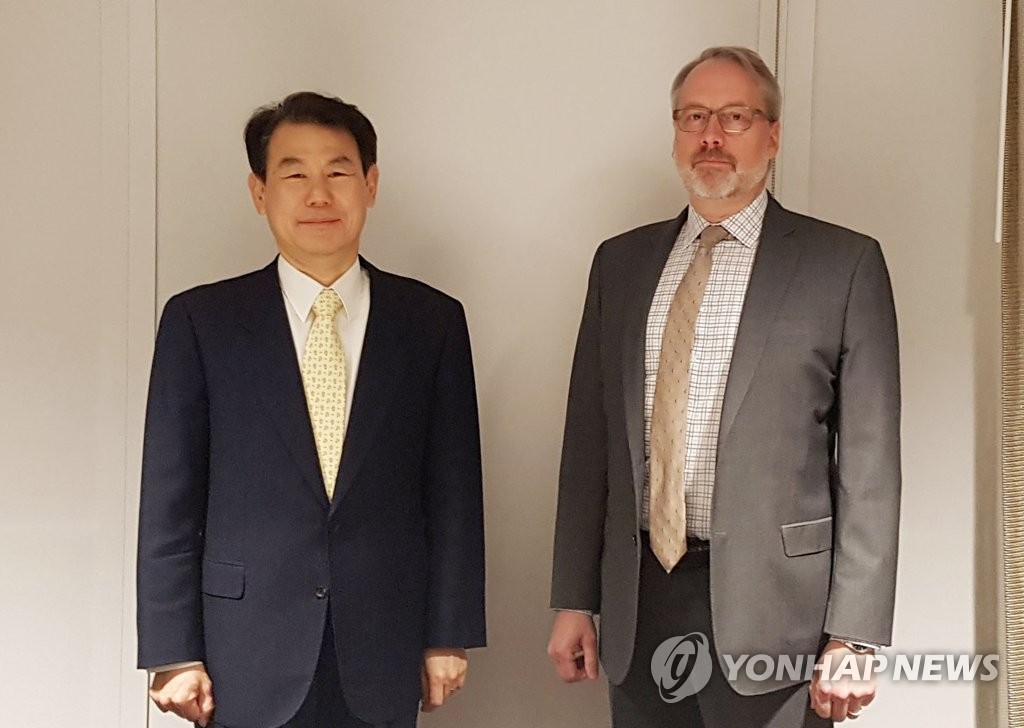