North Korea has not reported any confirmed COVID-19 outbreak, but it has reportedly put thousands of people under medical supervision for potential infection and taken various preventive measures, including blocking its border and enforcing strict quarantines.

The Rodong Sinmun, the official newspaper of the North's ruling party, ran a story on Pyongyang's latest guidelines for its citizens in using public transportation, which oblige passengers to wear masks and sanitize their hands before boarding trains, subways, buses and taxis.

People will also have to have their temperatures checked before using public transportation for long-distance travel, and if they show suspected symptoms, they should be barred from boarding, the paper said.

The paper said that trains and buses are also required to install an area to be used to quarantine any passengers showing symptoms, while crew should keep their masks and gloves on and should not reuse the protective gear.

North Korea has taken efforts to prevent coronavirus outbreaks from taking place in the country, which is regarded as highly vulnerable as it shares a long and porous border with China, the original epicenter of the contagious disease. 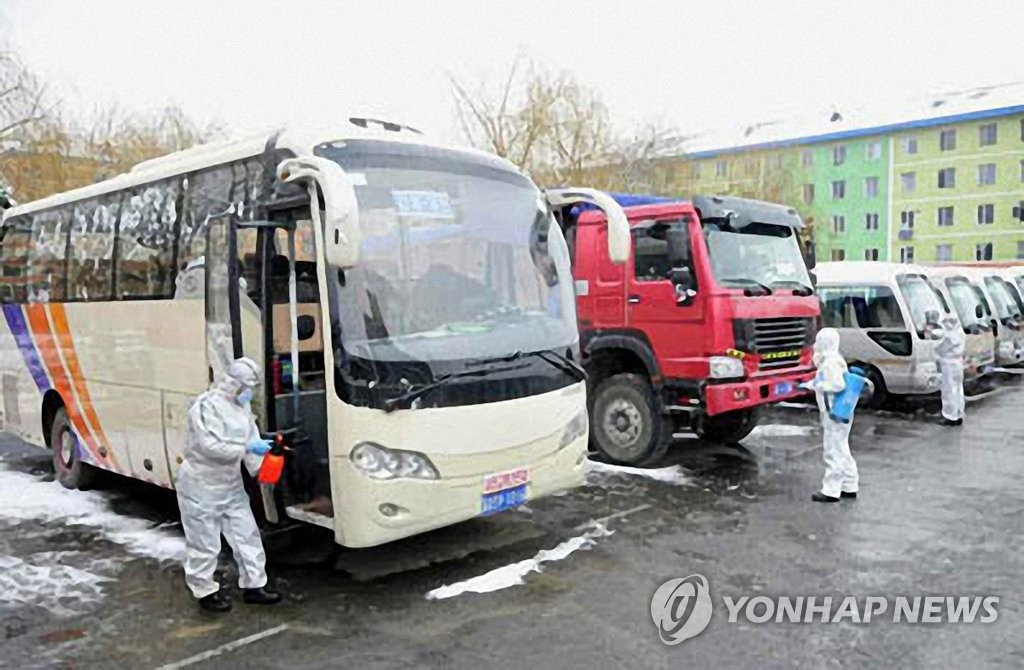