SEOUL, March 19 (Yonhap) -- Two more national fencers have tested positive for the coronavirus after participating in a competition in Europe, the sport's governing body said Thursday.

The previous day, a 25-year-old female fencer of the national squad, whose identity is being withheld, was confirmed to be infected with the coronavirus, becoming the first confirmed case from the South Korean national team.

She competed at an epee fencing competition in Hungary earlier this month along with seven other team members and returned home on Sunday. She complained of a sore throat during her stay in the European country.

The Korean Fencing Federation said two other fencers of the national squad also tested positive for the COVID-19 virus and one member tested negative.

As a result, a total of three national fencers have been confirmed infected, while the other four members are awaiting test results.

"They stayed at the same hotel and shared a beverage," said an official from the fencing federation. "We are deeply worried that there would be more confirmed cases from the national team."

The federation said 26 athletes and coaches of the national team, including eight male epee fencers who participated in the Hungarian competition, were also tested and are waiting for the results.

They have been already sent home to isolate themselves, according to the federation. 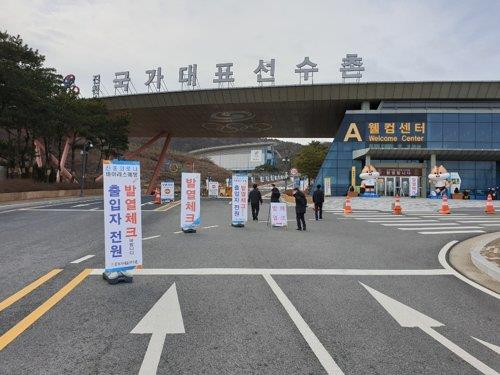