SEOUL, March 19 (Yonhap) -- The military has reported no additional cases of the new coronavirus among service personnel for the eight day in a row, the defense ministry said Thursday.

The total number of COVID-19 infections in barracks remained unchanged at 38, including 14 personnel -- 10 in the Army and four in the Air Force -- who have fully recovered from the new virus, according to the ministry.

Of the total infections, 21 were reported in the Army, 13 in the Air Force, two in the Marine Corps and one each in the Navy and a unit under the direct control of the ministry.

Around 2,220 service members are currently quarantined in a preventive measure. Of them, some 28 have either shown symptoms or had direct contact with infected patients, while the remainder recently visited the southeastern city of Daegu, the surrounding North Gyeongsang Province or virus-hit foreign nations, the ministry said.

South Korea reported 152 new cases of the new virus Thursday, bringing the nation's total number of infections to 8,565, including 91 deaths.

The military has currently mobilized 3,278 service members, including 453 medical staff, to help the country stem the further spread of the virus, the ministry said. 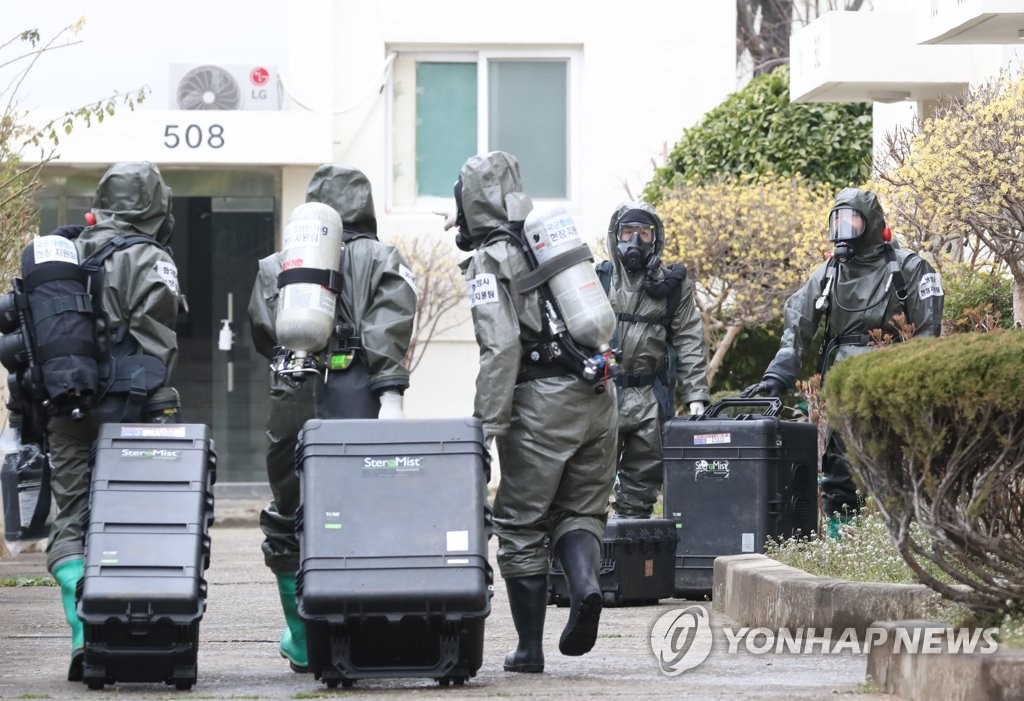