He said the package is aimed at preventing small and medium-sized firms, small business owners and self-employed people from going bankrupt and easing their finance-related anxiety amid growing fears of a global recession and credit crunch.

"It's a special emergency financial measure of the scale of 50 trillion won," the president said at the outset of the Cheong Wa Dae session. 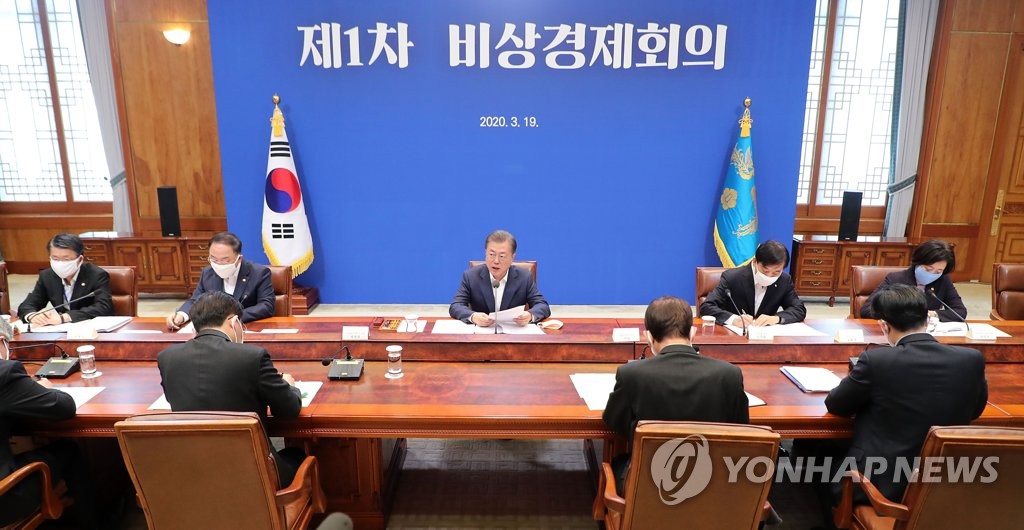 Among the other participants were Finance Minister Hong Nam-ki and Bank of Korea Gov. Lee Ju-yeol.

The aid package includes the expansion of financial support for small businesses to 12 trillion won, which will enable them to borrow money at the interest rate of around 1.5 percent from every financial institution in South Korea.

The government will also introduce a 5.5 trillion-won special loan guarantee program and the rollover of debts at all registered financial institutions.

"It is an unprecedented comprehensive measure in both scale and content, representing a finance stabilization package program for people's livelihoods," Moon stressed. "Depending on how the situation develops, (the government) will expand it if necessary."

He said the measure is the result of concerted efforts by the central bank, policy lenders, commercial banks and non-bank lenders.

The government has shifted to an emergency operation mode, he added.

On the emergency economic council meeting, scheduled to be held every week, Moon said it is intended for "decision and action," not just discussion and review.

In his opening remarks, open to pool reporters, Moon made no mention of such politically hot issues as another extra budget program and universal basic income. 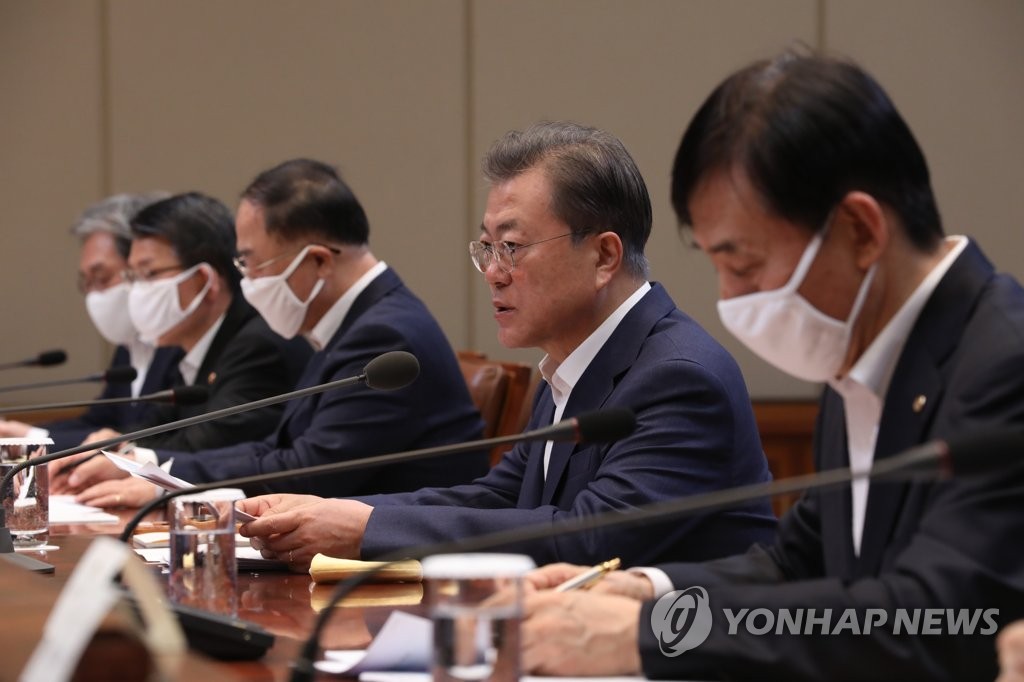 Earlier this week, the National Assembly passed an 11.7 trillion-won supplementary budget bill. Moon said the government's proposal on the extra budget is "not an end but a start" in responding to the economic ramifications of the pandemic.

The heads of some local governments have also floated the idea of providing every family with cash or a voucher worth up to 1 million won as a form of universal basic income.

For now, however, Cheong Wa Dae favors a "selective" approach that focuses first on those in urgent need, an informed source said.