SEOUL, March 19 (Yonhap) -- The second season of "Kingdom," a Netflix original series released last week, has been catching the attention of fans who love zombie thrillers and gory horror with splashes of blood and beheaded bodies in frantic zombie-human battle scenes.

Park Inje, who directed five episodes of the latest Netflix project, said that as a big fan of the zombie genre, he tried to satisfy those diehard enthusiasts again.

"I spent a lot of time to thrill those fans with gory scenes like eyeballs lingering on arrows," he said in an online interview with Yonhap News Agency on Wednesday. 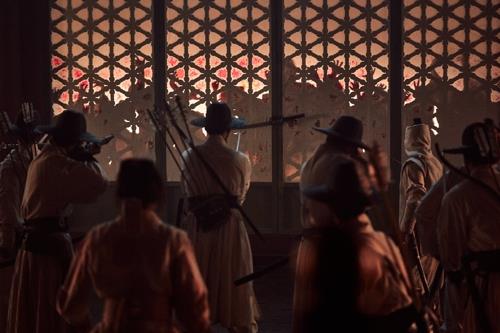 The sequel season of the first Korean original drama series by Netflix is a story of a crown prince of the 1392-1910 Joseon Dynasty, Lee Chang, who has to fight against a mysterious plague and flesh-eating zombies that threaten the country on a large scale.

The first season, which was released in January last year on the U.S. online streaming platform, gained huge popularity for its creative and impressive gory zombie scenes along with traditional Korean sword fights and costumes.

To meet growing calls for another season, Netflix came up with the latest series, which premiered on Friday last week, with the main cast of Ju Ji-hoon, Bae Doo-na and Ryu Seung-ryong reprising their roles.

But Park said directing such an untypical mixed genre series was a challenge for him. The 46-year-old director has carved out his directorial career on the silver screen, with two drama films in his filmography -- "Moby Dick" (2011) and "The Mayor" (2016).

He said director Kim Seong-hun, in charge of the first season, suggested he join the second project although he has no experience in TV series.

"I received the offer from director Kim when I was willing to try new things," Park said. "A zombie film is one of my wish list genres. But I was worried about a historical drama because I had to study many things including vocabulary and art from the beginning."

Right after the second season was released on Netflix on Friday last week, a great number of people called for another season.

About the possibility of a third season, however, the director remains cautious, although the final episode of the latest season gives a clue that more story is to come.

Korean star actress Jun Ji-hyun appears briefly in the last scene, hinting that she will take a role in the next season.

"I can't say anything about it," he said. "But the last scene with Jun's appearance and mood-changing music indicates a new beginning, that a dynasty ends and a new season starts."

He said the story of the series is up to screenwriter Kim Eun-hee, who also wrote the first season of "Kingdom."

Park said he crafted zombie-human fight scenes taking place at the royal Gyeongbok Palace in Seoul, taking care of every prop and costume in the medieval setting.

"Simply, 'Kingdom' is a sci-fi drama. It integrated surreal things like zombies with art designs of the Joseon Dynasty," the director said. "I tried to comply with history when shooting the drama." 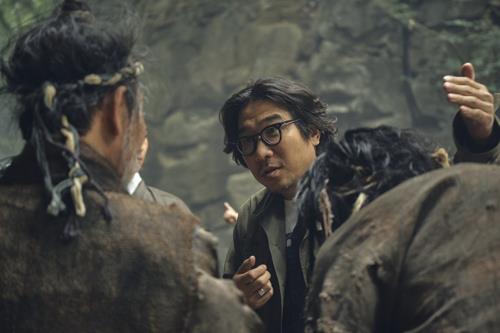