SEOUL, March 19 (Yonhap) -- The chief of the Future Korea Party (FKP) stepped down Thursday amid strife with the main opposition party over the selection of candidates for proportional representation (PR) seats.

The FKP was established in February as the satellite party of the main opposition United Future Party (UFP) specially to target PR slots in the April 15 parliamentary elections.

But tensions between the two parties heightened as only one person that the UFP had recruited from outside was included in a list of 20 candidates thought likely to be elected through PR.

FKP chairman Han Sun-kyo abruptly announced that he will resign from his post after some UFP members called him a "betrayer."

Condemning the UFP's leadership, including party chief Hwang Kyo-ahn, Han said that the main opposition party has blocked his aspirations for reform.

"Trivial people have deterred my vision to serve the party and the nation genuinely," Han said, calling the UFP a "corrupt" power.

The four other members of the FKP leadership council also stepped down following his resignation.

Later in the day, four UFP lawmakers were confirmed to have quit the party and joined the FKP, possibly to take over its leadership. The veteran lawmakers had announced they would not run in the elections.

The Liberty Korea Party, the predecessor of the UFP, pushed to create the FKP out of concerns that it may take fewer PR seats due to new election rules. 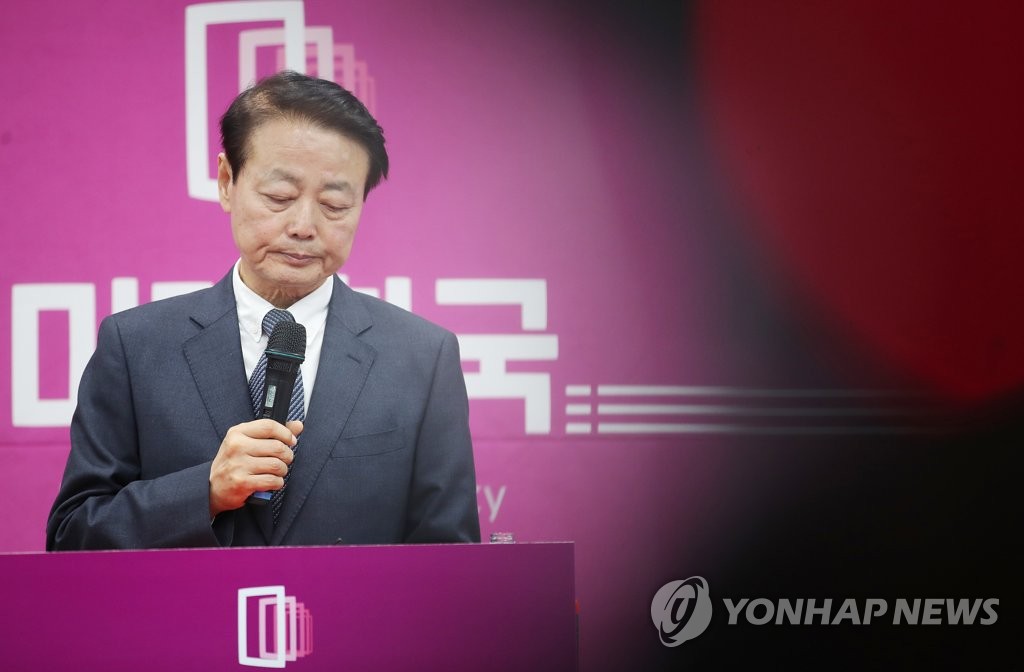