ULSAN, March 19 (Yonhap) -- A chartered helicopter carrying two crew crashed near a valley in the southeastern city of Ulsan on Thursday during a mission to contain a wildfire, firefighters said.

The accident occurred at around 3:30 p.m. near the valley in Ulju County after the chopper was deployed to help contain the mountain fire, according to the fire service. Of the two aboard, one was rescued.

Earlier in the day, the country's weather agency issued a strong wind advisory across the nation, including Ulsan, 414 kilometers southeast of Seoul.

The exact cause of the accident is not immediately known.

The city government and county office chartered a civilian chopper and dispatched it to the wildfire scene.

The captain reportedly issued a distress call before the crash. A rescue operation to find the other crew member is underway. 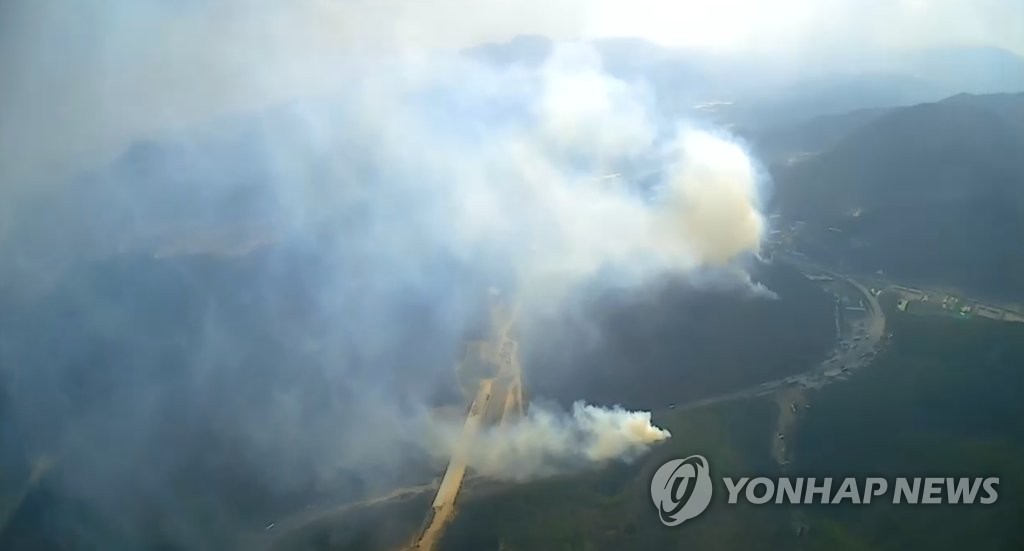