SEOUL, March 20 (Yonhap) -- Foreign Minister Kang Kyung-wha called Friday for joint efforts with China and Japan to minimize the social and economic fallout from the coronavirus outbreak as she held a videoconference with her counterparts, her office said.

"I believe the three countries should discuss the need to minimize the economic and social shock, as well as the contraction in people-to-people exchanges and cooperation due to this crisis, along with (efforts to) stem the virus spread," she said during the call with Chinese Foreign Minister Wang Yi and Japanese Foreign Minister Toshimitsu Motegi.

"I hope that this conference provides a chance where the three countries can help curb the virus spread not only in East Asia but beyond, by sharing our experiences and situations and strengthening the momentum for further communication and cooperation through various three-way channels," she said.

Wang and Motegi, in response, explained their governments' quarantine efforts and agreed on the need for the three countries to share experiences and expand cooperation with the international community to fight the pandemic, the ministry said in a release.

The three ministers also agreed on the need for a trilateral meeting of health ministers.

Regarding the Tokyo Olympics, the ministers expressed support for Japan's position to hold the event "in a complete form," the ministry said.

Prime Minister Shinzo Abe used the phrase without elaborating after a videoconference with the Group of Seven leaders early this week, in a possible sign that Tokyo may postpone the event over the coronavirus outbreak.

"It means that we and the Chinese side are in support of whatever decision Japan will make," a ministry official said on condition of anonymity.

The conference came amid Seoul's repeated calls for foreign countries to ease or lift entry restrictions for at least businesspeople or others with essential reasons to travel to each other's territories.

As of Friday, 174 countries and territories were enforcing travel curbs on people from South Korea over the virus fears, causing disruptions for many Korean companies involved in businesses overseas.

Japan has slapped an entry ban on people coming in from South Korea's two southeastern regions where major outbreaks of the virus have occurred and suspended a no-visa entry program for Korea. More than 20 Chinese provinces and cities were requiring travelers from South Korea to go into a two-week isolation period.

Seoul has also halted the visa-free entry program for Japanese visitors in a tit-for-tat response following Tokyo's measures, but it has maintained a tougher screening system for incoming travelers from other countries called "special entry procedures." 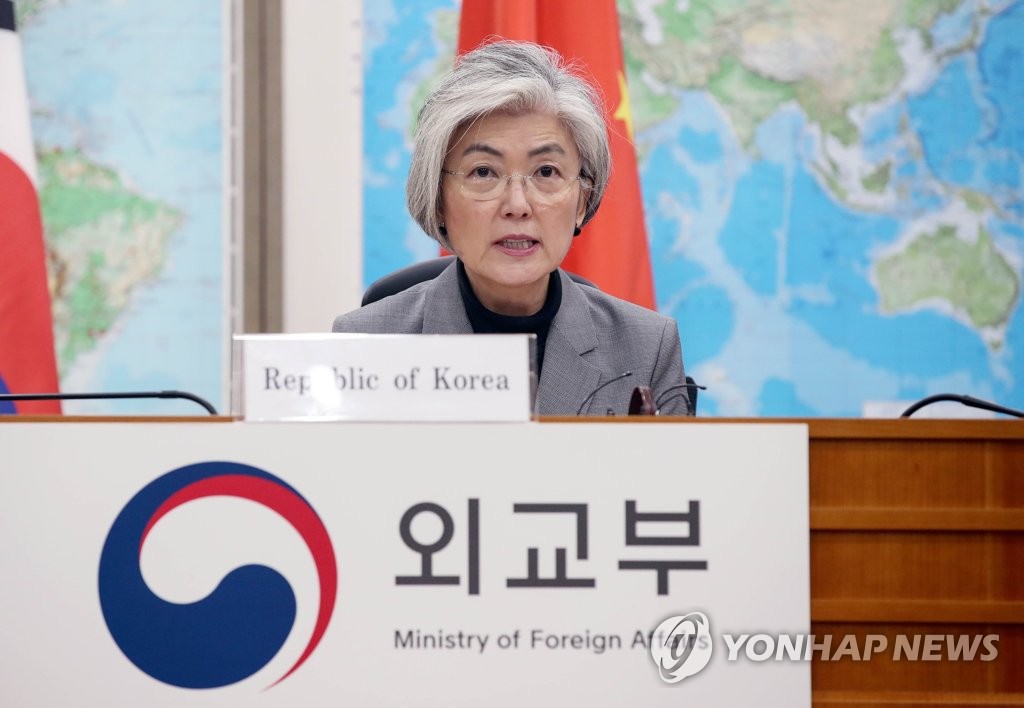