Earlier this week, Kim attended a ceremony to break ground for Pyongyang General Hospital and ordered the construction to be completed by the 75th founding anniversary of the Workers' Party of Korea (WPK) on Oct. 10.

"The deadline is tight and the goal is challenging, but it is completely up to our efforts and determination as people responsible for producing steel," Yang Ho, vice-minister of the metallurgical industry, said in an article contributed to the country's main Rodong Sinmun newspaper.

Skepticism has been raised as to whether the North could finish the construction before the deadline amid its nationwide efforts to block the outbreak of the new coronavirus and challenges in securing necessary materials and medical devices due to global sanctions. 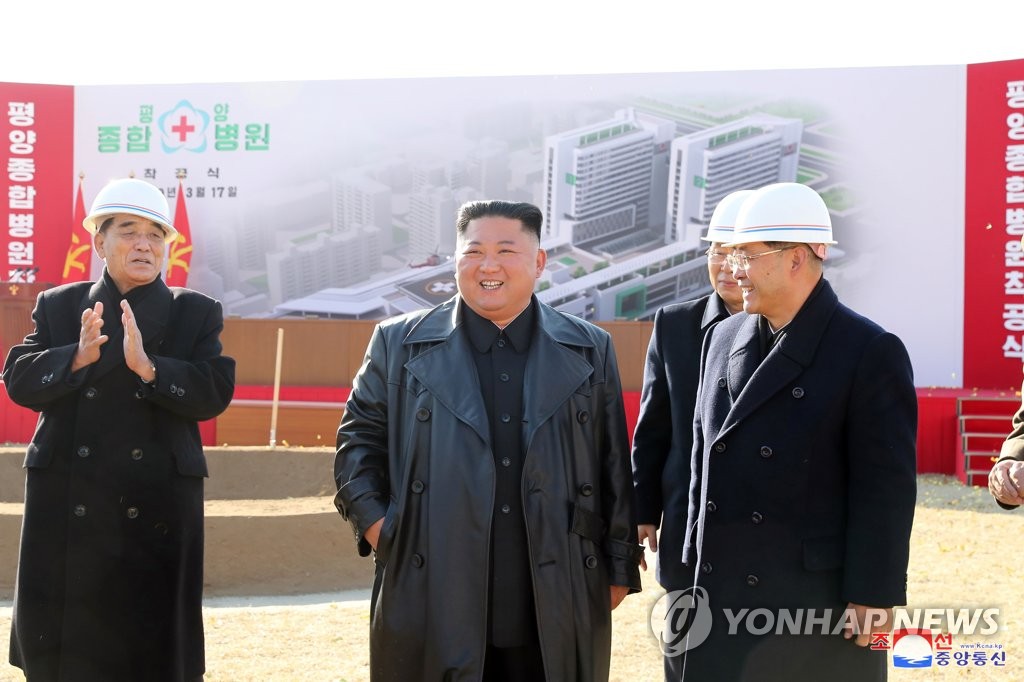