SEOUL, March 20 (Yonhap) -- South Korea is preparing for the April 15 parliamentary elections in the midst of the ongoing coronavirus pandemic, prioritizing the safety of voters and considering reducing the voting period for overseas Koreans.

The outbreak of the new coronavirus has prompted the government to look how to safely hold the general elections, with the nature of polling stations making "social distancing" tricky.

Mindful of the potential for low voter turnout, the government is exploring ways to encourage voters to cast their ballots without risking COVID-19 infection. 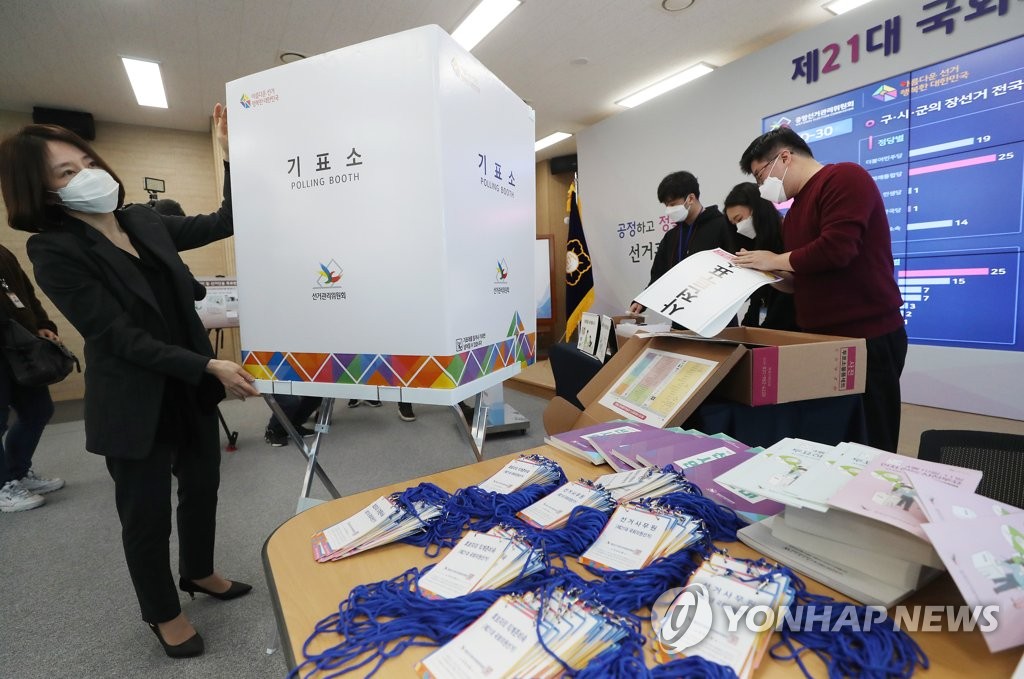 "(The government) will increase disinfection at all polling stations and of ballot stamps. Makeshift polling booths will be set up for voters who feel symptoms on election day," Prime Minister Chung Sye-kyun said at a ministerial meeting on the election preparations Wednesday.

With 43 million eligible voters, South Korea will hold the elections at around 14,300 polling stations nationwide on April 15. The National Assembly is elected every four years.

The pace of daily new infections has eased in recent days, with the total caseload at 8,652 confirmed infections. But concerns about small-scale cluster infections and imported cases are mounting.

At the entrance, voters will have their temperature checked. Then they have to disinfect their hands with sanitizer and wear plastic gloves to cast ballots.

Election officials should also keep the distance between waiting voters at more than 1 meter both at the entrance of polling stations and inside. They will frequently disinfect polling booths and ballot stamps.

Voters whose temperature tops 37.5 C or who show symptoms of a respiratory ailment will be guided toward temporary polling stations to avoid contact with other people, the NEC said.

The watchdog earlier asked for the government's support to provide voters with about 25 million protective masks worth 50.1 billion won (US$39.8 million). 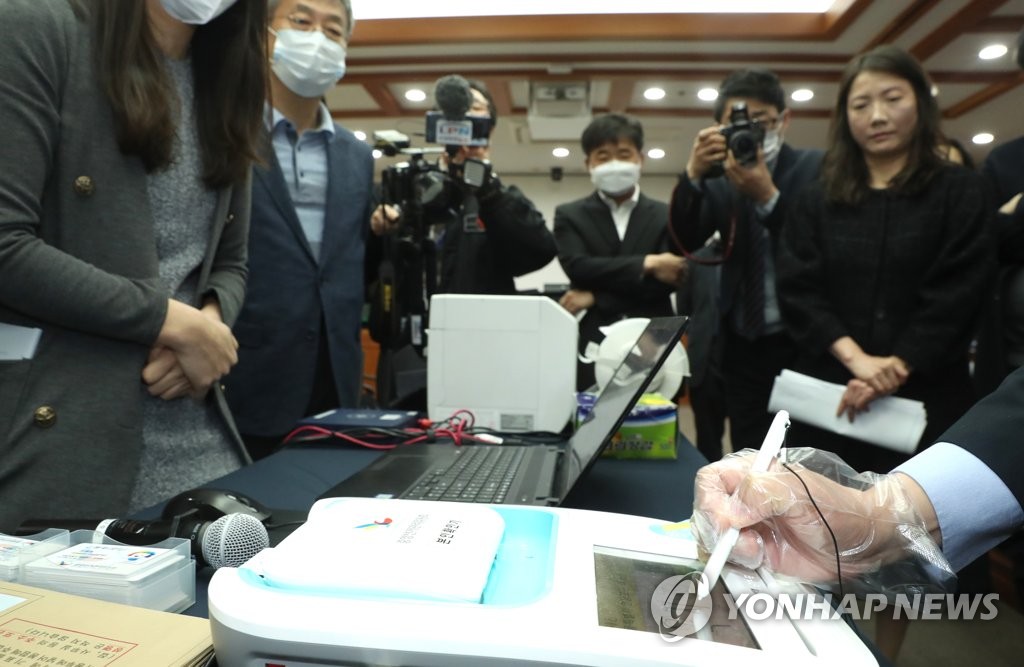 COVID-19 patients being treated at hospitals or designated facilities and people in a two-week isolation period at home will be able to vote via mail if they apply to do so between March 24 and 28.

For those who test positive after the registration period, the watchdog plans to consult with related ministries to devise ways to guarantee they can vote.

The NEC rejected lawmakers' proposal to hold "drive-through" elections, citing the difficulty of adopting the system in a short period.

"Despite the COVID-19 crisis, we will do our best to create an environment where voters can exercise their suffrage safely," the election watchdog said.

The outbreak is also likely to hamper the government's preparations to allow more than 177,000 overseas South Koreans to vote at 205 polling stations in 119 countries from April 1-6.

The fast spread of the virus is increasingly making it hard for overseas Koreans to cast their ballots as more countries have announced city lockdowns or border closures to stem the pandemic.

The NEC said it will suspend election-related affairs in Wuhan, the Chinese city under lockdown where the virus emerged in December, meaning South Koreans there will be unable to vote.

South Korea's embassy in Italy said the period for the elections will be shortened to April 5-6.

The NEC's decision is apparently based on Italy's national lockdown that is supposed to last until April 3. But it could be subject to change as Italy is ready to extend its emergency measures.

Depending on the situation, there is a high possibility that the NEC will consider reducing the voting periods for overseas South Koreans in other countries.

"We will closely cooperate with related ministries and countries to draw up quarantine measures at overseas polling stations and discuss how to bring the ballots to Korea due to reduced or suspended flights," said an NEC official. 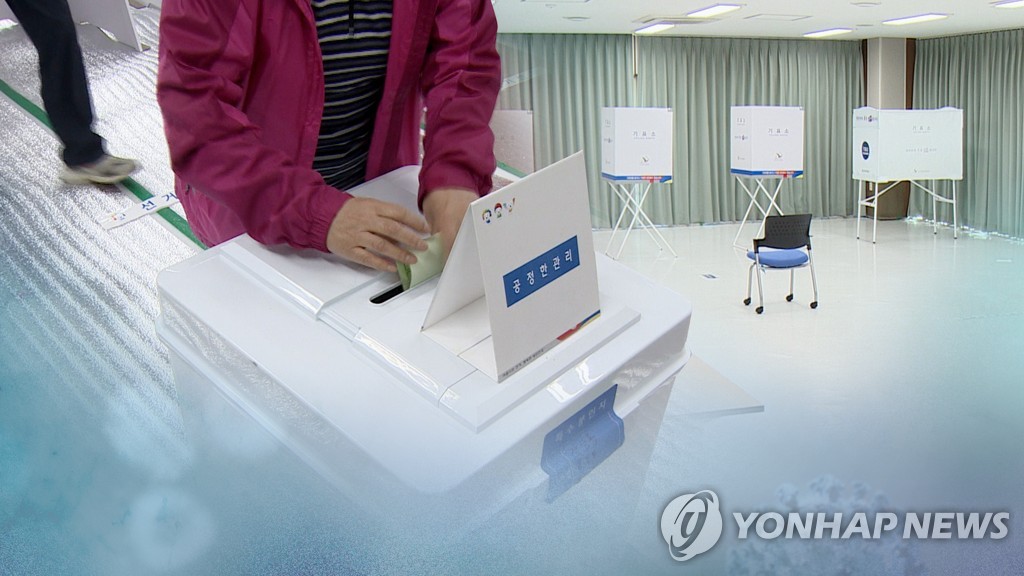