SEOUL, March 20 (Yonhap) -- Since its first outbreak of the novel coronavirus in late January, South Korea has been waging a hard battle to contain the virus infections by preaching a "social distancing" drive and tracing all potential cases. Months later, its virus cases are showing signs of a slowdown.

What is drawing much attention from peer nations is, among others, its virus testing capability. Since Jan. 3, the country has conducted some 316,000 tests and identified more than 8,600 COVID-19 cases, according to data from Korea Centers for Disease Control and Prevention (KCDC). The country reported its first COVID-19 case on Jan. 20.

Its mass-scale and rapid virus testing capabilities overwhelmingly outshine other nations. The United States, for instance, is known to have tested more than 60,000 people even though the country also reported its first virus case like South Korea on Jan. 20.

Now the World Health Organization (WHO) is telling other countries to learn from South Korea. 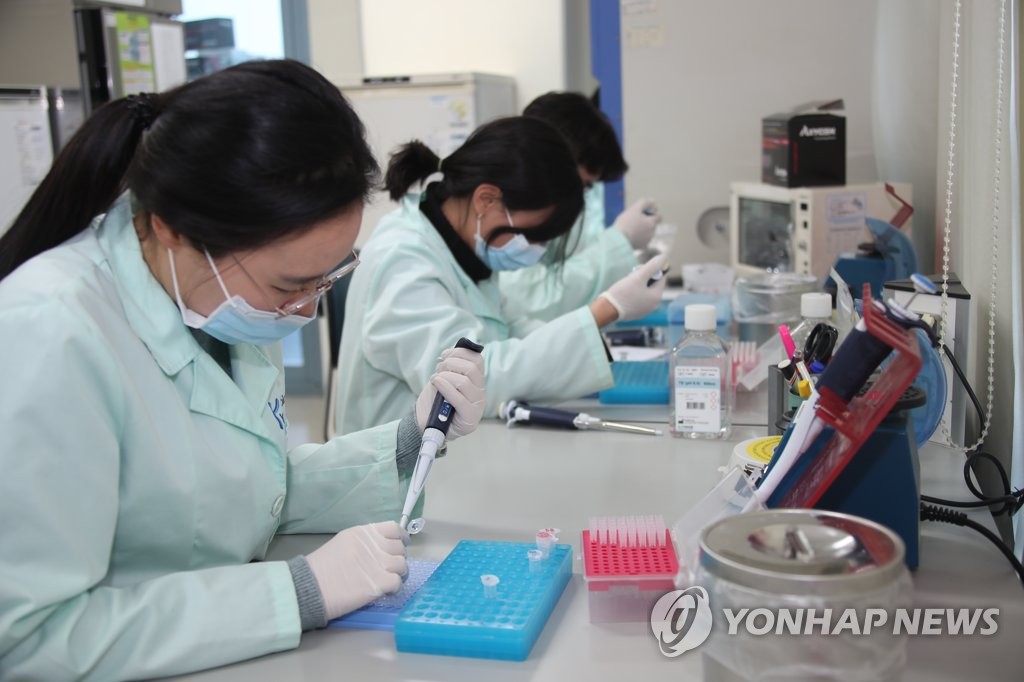 "A month ago, the Republic of Korea was faced with accelerating community transmission, but it didn't surrender," said WHO Director-General Tedros Adhanom Ghebreyesus at the media briefing Wednesday. "It developed an innovative testing strategy and expanded lab capacity."

The country's impressive testing capability for the novel coronavirus came from the readiness of the diagnostic industry that learned from the Middle East Respiratory Syndrome (MERS) crisis in 2015.

The country reported 186 MERS cases at that time, more than any country besides Saudi Arabia, and had 38 deaths, recording a fatality rate of 20 percent.

South Korea's mortality rate for the novel coronavirus is around only 1 percent, far below the death rate reported in countries like China and Italy.

"With the establishment of the center, the KCDC was able to work closely with infectious disease experts and accelerate its efforts to adjust national standards for examination and laboratory accreditation systems of infectious diseases," said Seong Won-keun, former head of the KCDC's laboratory control center. "As we can see from the country's COVID-19 testing ability, it turned out to be a smart move."

Learning from the MERS outbreak, South Korea also moved swiftly to tackle the spread of the novel coronavirus.

Kwon Gye-cheol, chairman of the Korean Society for Laboratory Medicine (KSLM), said that South Korean health authorities and testing kit developers were ready to fight against the novel coronavirus even before the country reported its first case.

"The KCDC and our KSLM members began researching diagnosis methods for the novel coronavirus as soon as they acquired genome sequence data released from China on Jan. 13," Kwon said. "Test kit makers and testing institutions also joined the efforts quickly because they knew what happened in the country in 2015." 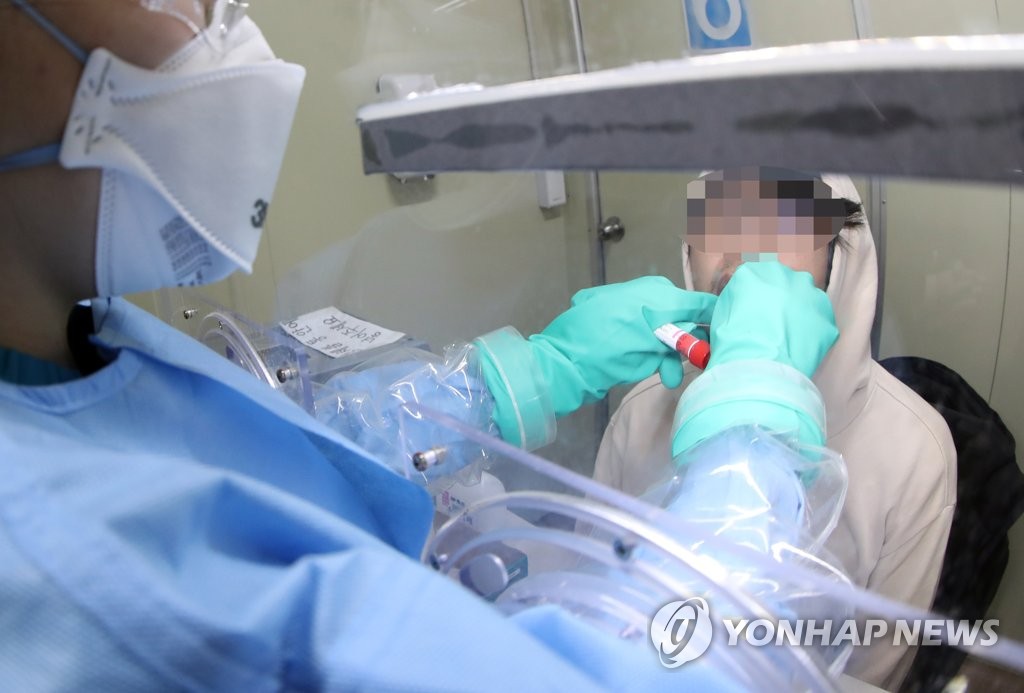 On Jan. 27, some 20 representatives from the KCDC, the KSLM and test kit developers gathered for a meeting in Seoul, and there, health authorities told diagnostic kit developers to apply for "emergency-use authorization," which allows the use of unapproved medical products in an emergency situation to diagnose or treat life-threatening diseases when there are no available alternatives.

Since then, four more kit makers have earned emergency-use approval, and South Korea can now produce a maximum of 130,000 test kits a day, according to health ministry officials.

"In less than a month, the country was able to establish a complete testing system because everyone was ready and knew what to do," Kwon said. "Even though it was set up quickly, the country's testing system is reliable. South Korea's virus test accuracy is currently about 98 percent."

South Korea can now conduct some 25,000 tests a day, with nearly 600 sample collecting centers and 95 testing institutions operating in the country, according to health authorities.

The use of the real-time polymerase chain reaction (RT-PCR) testing method that gives test results in six hours, and the introduction of drive-thru testing centers, where people stay in their cars to get tested, also helped South Korea conduct more virus tests. 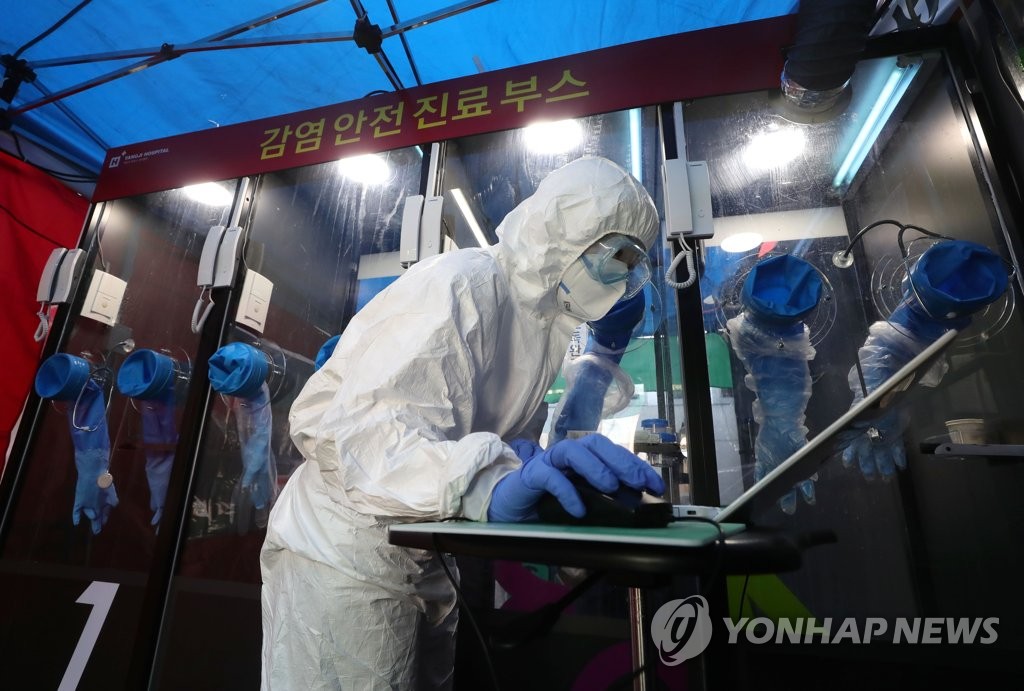 "Some people from other countries are surprised when they found out infectious disease doctors here don't diagnose infectious pathogens," said Lee Hyuk-min, a doctor at Yonsei University Health System's Severance Hospital in Seoul. "Of course, they make final clinical judgments, but in South Korea, that's the job of laboratory medicine doctors."