JP Morgan forecast South Korea's exports of goods and services to shrink at a steeper pace this year than during the 2008 global financial crisis due to the impact of COVID-19 on the world economy. 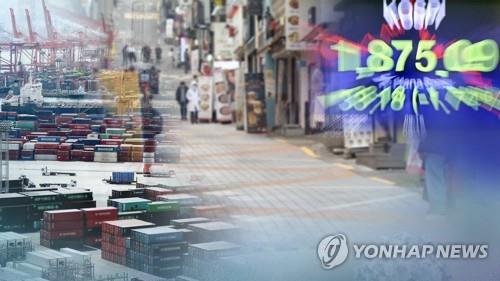 JP Morgan downgraded its 2020 growth outlook for the global economy to minus 1.1 percent from the 2.5 percent estimate made on Jan. 24.

The investment bank also put forward dismal outlooks for the world's economic powerhouses. The growth outlook for China, the world's second-largest economy, was lowered to 1.1 percent.

The U.S. economy, the world's biggest, is expected to contract in the first half of the year, and eurozone economies are projected to shrink at double-digit rates for the January-March period.

JP Morgan also said South Korea's private consumption for 2020 will likely grow at the slowest clip since 2009, given the impact of the coronavirus outbreak.

The rapid spread of the flu-like disease has made a dent in consumer spending in South Korea as people are advised to stay home. So far, 94 South Koreans have died and more than 8,600 people have tested positive.

JP Morgan joins other institutions revising down South Korea's economic growth outlook for this year. Late last month, the Bank of Korea slashed its growth outlook to 2.1 percent from an earlier 2.3 percent.
(END)