SEOUL, March 21 (Yonhap) -- While businesses across South Korea are struggling to survive the fallout from the new coronavirus, which has affected more than 8,000 here, provincial governors have come up with creative ideas to help local farmers.

Gov. Choi Moon-soon, who calls himself the "governor who sells potatoes" on his Twitter profile, is one of them.

As potato farms in the mountainous region suffered from plunging sales, the governor decided to sell potatoes himself.

"Potatoes on major sale, Gangwon's clean potatoes in full stock as potato stew is not selling due to the mean coronavirus. Farmers concerned on full scale (this sort of rhymes)," the governor wrote in a witty March 11 tweet, announcing plans to sell a 10-kilogram box of potato for just 5,000 won (US$4).

Unsold potatoes were piling up in warehouses as people increasingly began to eat at home and demand at school kitchens almost disappeared as schools postponed the new school year. 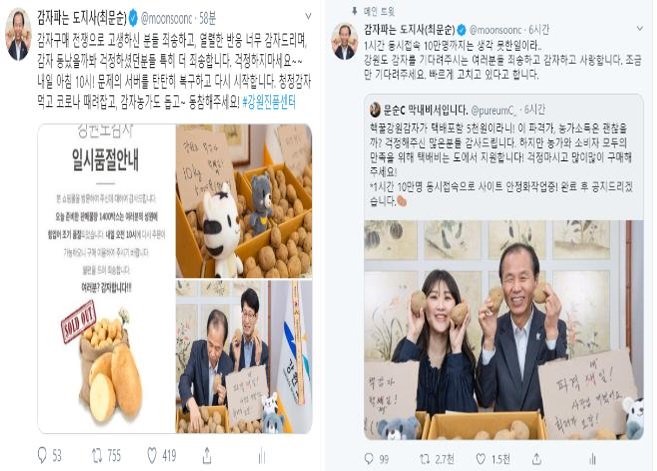 Thanks to the bargain price, similar to what a cafe latte at a local Starbucks costs, the potatoes became an instant phenomenon.

The popularity of these potatoes have even developed into a meme.

Choi affectionately calls the Gangwon-harvested potatoes PTS after the global sensation boy band BTS. Some people have come up with the term "pocketing," mixing "potato" and "ticketing," reflecting the cutthroat clicking race to get these potatoes in hand.

The Gangwon governor is not the only provincial chief selling local products online.

Gyeonggi Gov. Lee Jae-myung used his Instagram account to advertise boxes of organic vegetables that were meant to be sold to schools if not for the coronavirus.

The province charged 20,000 won for a 4-kilogram box, which consisted of 11 different types of vegetables, including spinach and perilla leaves. 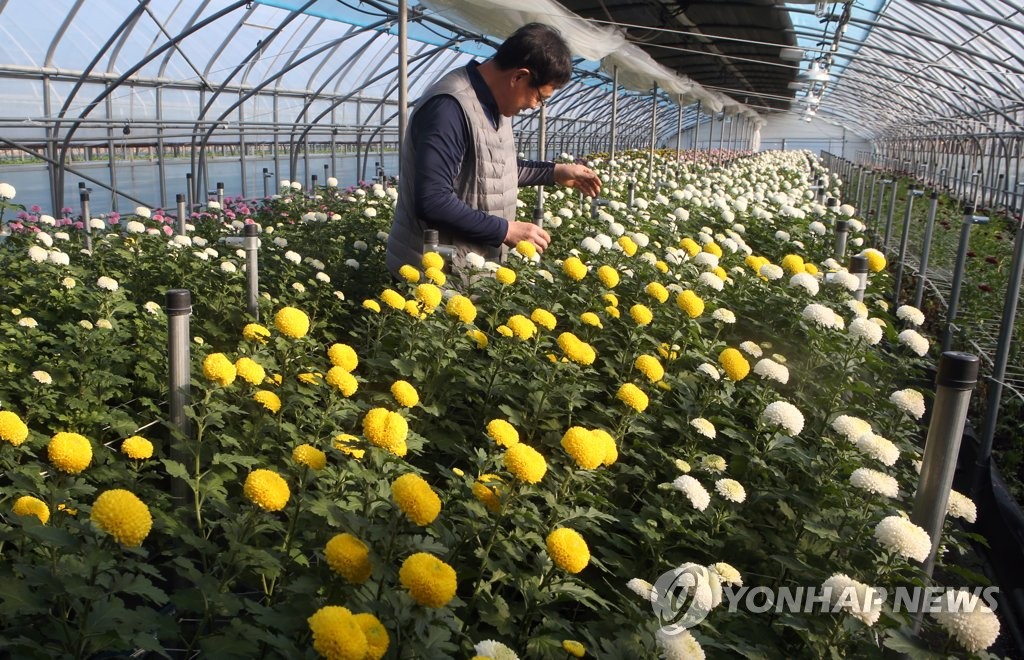 Other provinces and cities are also helping local farmers promote products that are going bad.

Many local government offices, including the southernmost resort island of Jeju, have been buying flowers to support flower sellers.

While demand for flowers usually peaks in February and March in line with the graduation and entrance ceremony seasons, demand plunged this year as events were canceled due to the virus.

The southwestern city of Gunsan developed its own delivery app to offer a free platform for local eateries to help ease the commission businesses pay for delivery apps.

The moves come as small businesses are feared to take the brunt of the new coronavirus.

Why S. Korean governors are selling vegetables on social media

Why S. Korean governors are selling vegetables on social media