SEOUL, March 20 (Yonhap) -- A man who went missing after a helicopter crash in the southeastern city of Ulsan was found dead Friday, the local fire service said.

The civilian helicopter carrying two crew members on a mission to deliver water to contain a wildfire hit a mountain valley and fell into a reservoir at around 3:30 p.m. on Thursday.

The captain survived by holding on to a tree but his assistant went missing.

The assistant's body was discovered near the wrecked chopper, at the bottom of the reservoir, at around 6 p.m. on Friday, the agency said. 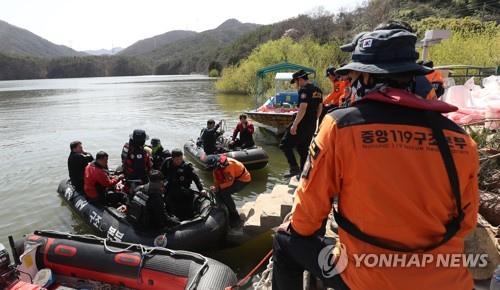