It is the third time that the North has carried out such weapons tests so far this year after they began in March following months of hiatus.

It is not immediately known if leader Kim Jong-un guided the latest firing, but officers hinted at the possibility. According to the North's official Korean Central News Agency (KCNA) on Saturday, North Korea held an "artillery fire competition" of its army on its western front the previous day under Kim's watch.

The previous rounds, which occurred from its eastern regions under Kim's guidance, appear to have been part of its artillery strike drill for the wintertime exercise, JCS officers said, noting that the drill is likely to continue throughout this month. 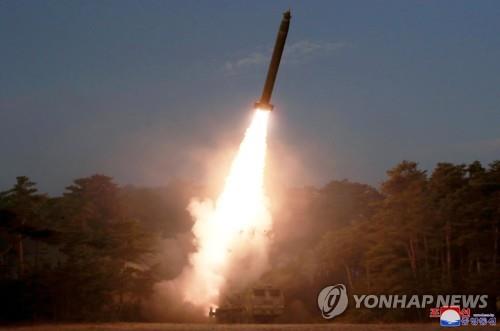 Watchers say the projectiles involved in the latest launch could be the North Korean version of the United States' Army Tactical Missile System (ATACMS) that the North showed off last year for the first time and tested twice in August.

But this type of weapon has not been tested in its western regions, though the North fired two projectiles believed to be its version of Russia's Iskander ballistic missiles in North Pyongan Province in May.

Its adjacent South Pyongan Province was also the venue for two other tests -- held in September and October -- when it fired two projectiles each from its super-large multiple launcher system.

Throughout 2019, North Korea carried out a total of 13 rounds of weapons tests, including the latest one in November, involving several new types of short-range ballistic missiles and a submarine-launched ballistic missile (SLBM). 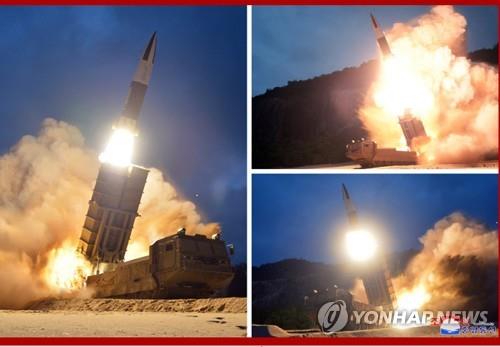 The North has intensified its efforts to contain the novel coronavirus, though it has said that not a single confirmed case has been reported, a claim doubted by many.

In the face of prolonged international sanctions amid the stalled denuclearization talks with the United States, the regime has also called for boosting self-defense capabilities.