SEOUL, March 21 (Yonhap) -- South Korea's prime minister strongly called for suspending the operation of religious, indoor sports and entertainment facilities for 15 days on Saturday in an effort to contain the new coronavirus.

In a public message on the "social distancing" drive, Prime Minister Chung Sye-kyun warned that the government will issue an administrative order to ban gatherings if the facilities do not abide by the sectoral guidelines on business operations.

Chung called the next 15 days a "critical" time in deciding whether the government could succeed in fighting the spread of COVID-19.

"The government strongly urges religious, indoor sports and entertainment facilities that are susceptible to cluster infections to suspend operations for 15 days," he stressed.

The number of new daily cases has been on a downtrend in recent weeks, with the country's total infections reaching 8,799. But concerns about sporadic cluster infections and imported cases are mounting.

Despite the government's call for restraint, some churches have pressed ahead with weekend religious services. In recent weeks, group infections were reported at Protestant churches after the bulk of cases tied to the Shincheonji religious sect subsided.

Many nightclubs and other entertainment facilities are still in operation, risking mass transmissions of the new coronavirus.

Chung warned that the government is ready to take stronger actions against facilities that do not abide by authorities' administrative orders.

"For facilities that do not follow the orders, the government will take every legal action, including entity closures and filing compensation suits," he noted.

The message came as the government postponed the new school year for another two weeks until April 6 to prevent cluster infections.

"We should not forget that we need to keep the social distancing drive in a stronger way than ever to clearly stem the virus spread and to give back a peaceful routine to our children," he said. 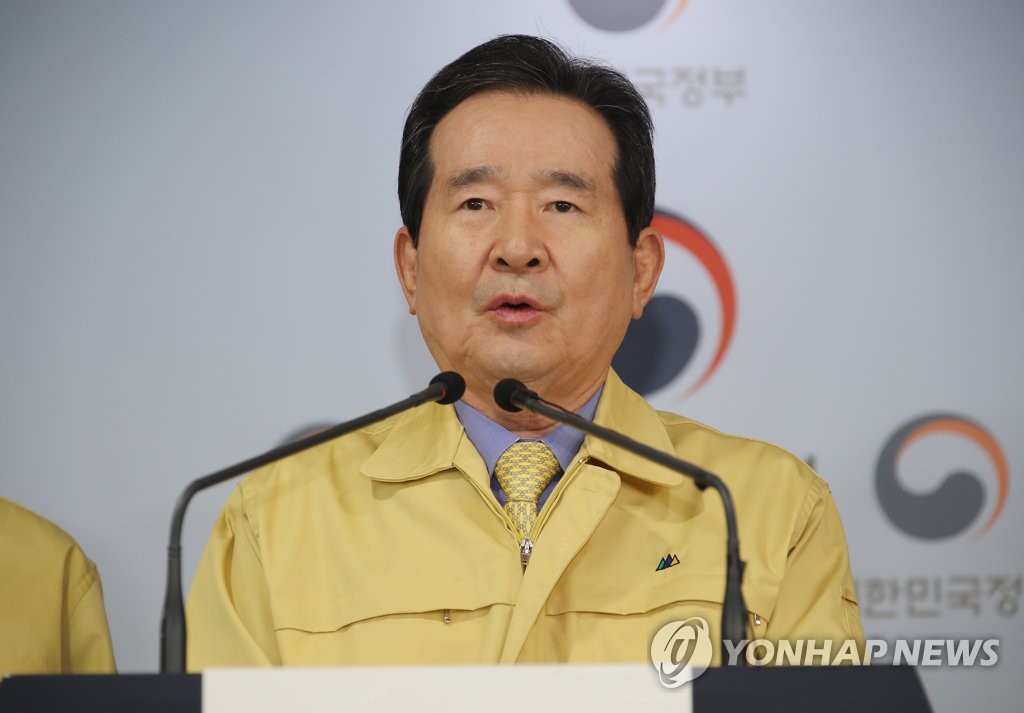