The letter is a "a good example showing the special and firm personal relations" between Trump and Kim, said Kim Yo-jong, first vice department director of the Central Committee of the North's Workers' Party, in a statement carried by the official Korean Central News Agency. 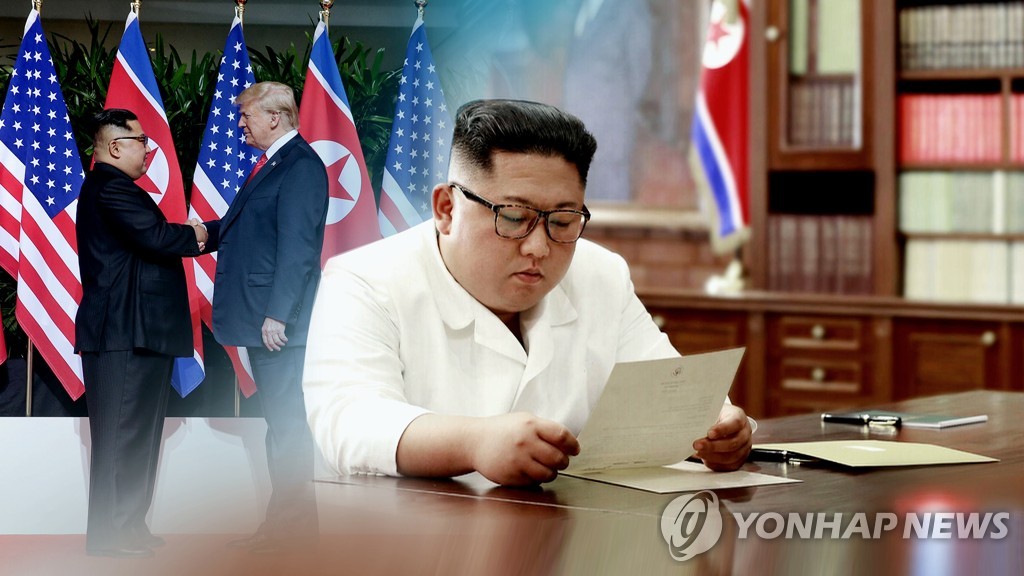 "We regard it as a good judgment and proper action for the U.S. president to make efforts to keep the good relations he had with our Chairman by sending a personal letter again at a time as now when big difficulties and challenges lie in the way of developing the bilateral relations, and think that this should be highly estimated," she said.

"In the letter, he also explained his plan to propel the relations between the two countries of the DPRK and the U.S. and expressed his intent to render cooperation in the anti-epidemic work, saying that he was impressed by the efforts made by the Chairman to defend his people from the serious threat of the epidemic," she added, referring to North Korea by its official name, the Democratic People's Republic of Korea.

North Korea has not reported a single case of COVID-19 but is widely suspected to be covering up an outbreak. The regime has tightened its borders and enforced tough quarantine measures on its people, according to state media.

Relations between Washington and Pyongyang have chilled due to a deadlock in denuclearization negotiations following the collapse of Trump and Kim's second summit in Vietnam in February 2019.

Kim had set an end-of-year deadline for the U.S. to show flexibility in their negotiations, but 2019 passed without progress and a warning from Kim of a soon-to-come "new strategic weapon."

Still, the leaders have appeared to maintain their warm personal relations, and in January, Trump sent a letter to Kim to congratulate him on his birthday.

"In the personal letter, President Trump said he was glad to hear that his congratulations to Chairman on his birthday was correctly conveyed, and wished the family of the Chairman and our people wellbeing," Kim Yo-jong said.

"Saying that he values his relations with Chairman Kim Jong-un, President Trump said that there were difficulties in letting his thoughts known because communications were not made often recently," she continued. "He expressed his willingness to keep in close touch with the Chairman in the future."

The sister, however, cautioned against misjudging the two countries' ties based only on the personal relations of the two leaders.

"If impartiality and balance are not provided and unilateral and greedy intention is not taken away, the bilateral relations will continue to aggravate," she warned.

Adding that it is her personal opinion, Kim Yo-jong suggested that dialogue can only be restored when "the equilibrium is kept dynamically and morally and justice ensured between the two countries, not merely by the personal letter between the two leaders."

"Even at this moment we are working hard to develop and defend ourselves on our own under the cruel environment which the U.S. is keen to 'provide,'" she said, likely referring to the U.S.-led international sanctions against the regime.

"We try to hope for the day when the relations between the two countries would be as good as the ones between the two top leaders, but it has to be left to time and be watched whether it can actually happen," she said.

North Korea will "never lose or waste time for nothing, but will keep changing ourselves to be more powerful for that time just as how we made ourselves for the past two years," she added.

She also said she extends "sincere gratitude" to Trump for sending "his invariable faith" to Kim.

The statement came a day after the North fired two short-range projectiles toward the East Sea in its third such weapons test so far this year.

Analysts said that the North's recent military moves appear to have been intended to beef up leader Kim's internal grip on power amid fears over the spread of COVID-19 and economic difficulties.
(END)