SEOUL, March 22 (Yonhap) -- South Korea on Sunday began conducting new coronavirus tests on all arrivals from Europe and requiring even those with negative results to undergo a 14-day self-quarantine as part of efforts to prevent any inflow of the virus from outside.

Starting at midnight, the government set in motion the screening measure for both its citizens and foreigners, amid growing concerns over a steady rise in the number of imported COVID-19 cases.

On Sunday, more than 8,510 people are to arrive in Korea from overseas. Of them, about 1,000 are from Europe, which has become a new front line in the global fight against the virus, with Italy having clocked more than 4,820 deaths.

If they test positive, they will be sent to hospitals or mild symptom treatment facilities depending on their health conditions.

Those with negative test results who have arrived here for a long-term stay will be required to self-isolate at home for two weeks. If they have no homes, they will be sent to government-arranged facilities.

If foreigners arrive here from Europe for a short-term stay, they will not be put into quarantine. But health authorities will check their health conditions on a daily basis by phone.

Anyone, either Korean national or foreigner, who violates the rules on self-isolation will be punished under Korean law, officials said.

The government plans to provide financial support for those from Europe who undergo self-isolation. 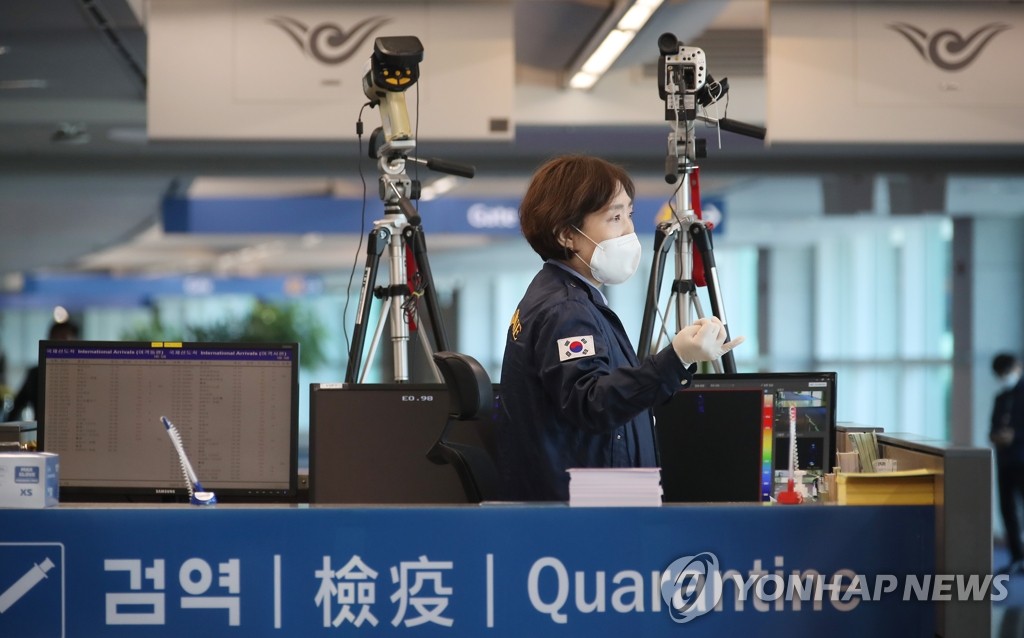 S. Korea begins coronavirus tests on all flying from Europe

S. Korea begins coronavirus tests on all flying from Europe