(ATTN: UPDATES with the latest tally in paras 5-6)

The patient, a resident at a nursing hospital in the southeastern city of Gyeongsan, was discharged after fully recovering from COVID-19 at a Seoul hospital. The city is adjacent to Daegu, an epicenter of the local outbreak. 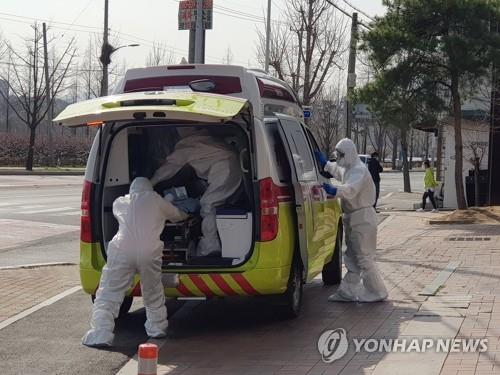 "The patient is the oldest person among recovered COVID-19 cases. She previously had symptoms of dementia but did not have any other underlying disease," said a city official who asked not to be named.

The patient underwent 13 days of intensive treatment and tested negative for the virus twice, they said.

A total of 3,166 people have fully recovered as of Monday, up 257 from a day earlier, according to the Korea Centers for Disease Control and Prevention (KCDC).

The rate of full recovery has steadily increased over the past 10 days to reach a record high of 35.8 percent on Monday, the KCDC said.