As part of the government's drive for stricter social distancing, health authorities advised churches to follow quarantine measures, including keeping the distance between followers at least 2 meters while attending services, and having their temperature checked.

But some churches, including Sarang Jeil Church in northern Seoul, pressed ahead with weekend religious services, without abiding by some of the guidelines.

Prime Minister Chung Sye-kyun said the government's stern measures, including banning gatherings, should be imposed on churches that have ignored the virus guidelines.

"The churches' act seriously hurt the safety of not only individuals attending the service but also communities," Chung said at a pan-government meeting on coronavirus responses.

"Now is an emergency situation that amounts to a quasi-wartime situation. People should not regard the government's administrative orders as a bluff," he stressed.

In a public message on social distancing, Chung "strongly" called for religious, indoor sports and entertainment facilities to suspend operations for 15 days on Saturday, calling the next two weeks a "critical" time.

He also warned the government will issue an administrative order to ban gatherings if the facilities do not abide by the virus guidelines when they keep operating.

For facilities that do not follow the orders, the government will take legal actions, including entity closures and filing compensation suits, he said.

Chung, meanwhile, called on health authorities to consider whether to expand stricter screening procedures for arrivals from North America where the number of COVID-19 cases has spiked.

Since Sunday, the government has had all arrivals from Europe tested for the virus and begin to impose a two-week self-isolation on them. The country also has implemented stricter quarantine steps on all international arrivals.

"The number of visitors from North America doubles that of arrivals from Europe," Chung said. "We need to seriously review whether to take any effective, stronger quarantine measures." 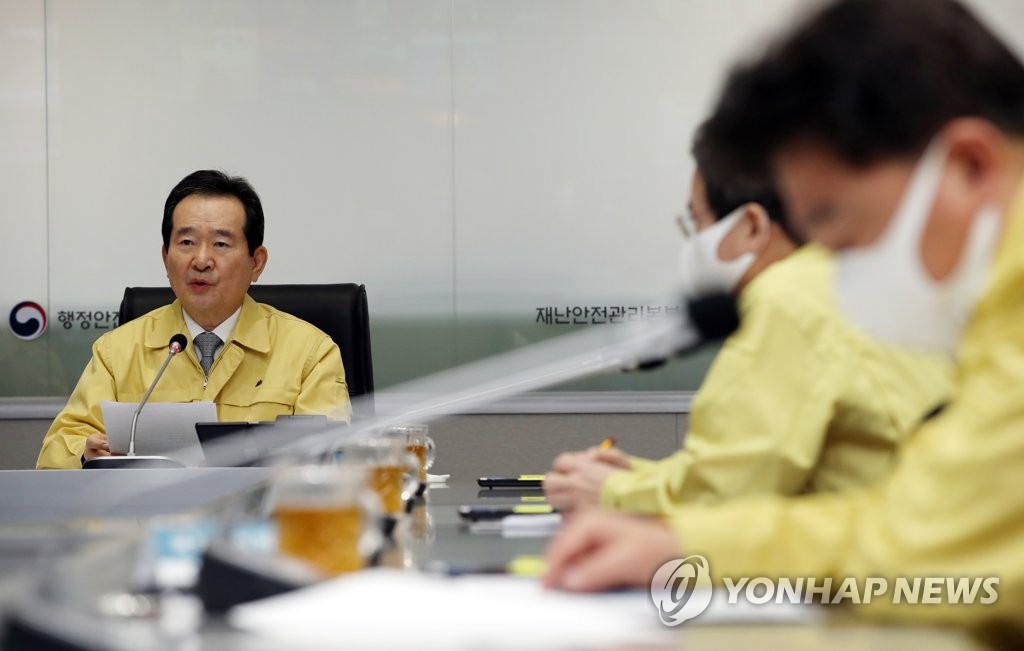