SEOUL, March 23 (Yonhap) -- South Korea's economy may post its first negative growth in more than two decades this year should the spread of the new coronavirus continue to undermine the global economy and trade, according to reports on Monday.

Capital Economics, a London-based economic research consultancy, said in a report last week that the South Korean economy could shrink 1 percent this year, the worst outlook for Asia's fourth-largest economy so far.

South Korea also said its economic growth will likely slow due to the global spread of COVID-19 that is widely expected to undermine not only the country's own output and spending but also those of others, which in turn will lead to a slump in global trade.

The South Korean economy expanded 2 percent from a year earlier last year, the slowest on-year growth since 2009, amid a steady decline in its exports that account for about 40 percent of its gross domestic product (GDP). 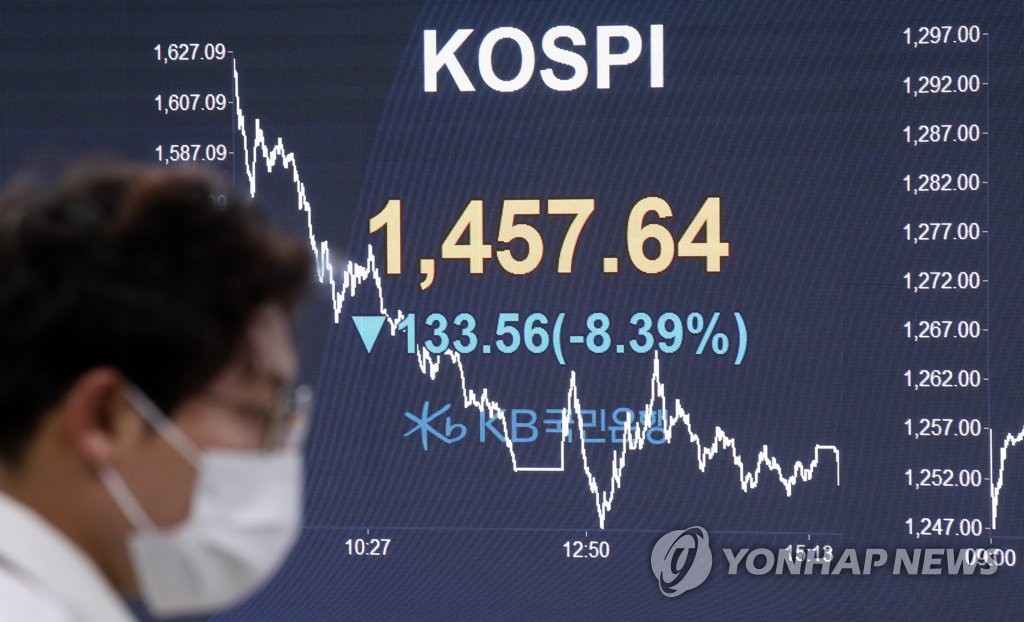 Finance Minister Hong Nam-ki has not ruled out the possibility that the economy could contract at least in the first quarter, "given the impact of the virus on private spending, investment and exports."

The Bank of Korea (BOK) has slashed its 2020 growth estimate to 2.1 percent from the previous 2.3 percent.

"We did not expect the virus to spread so rapidly and so widely throughout the globe. Considering such a wide spread of the virus, the country's economic growth may be expected to fall short of the earlier estimate," Lee said last Monday shortly after the BOK trimmed its key rate by a half percentage point in its first emergency rate cut since 2009, sending the base rate to a new record low of 0.75 percent.

Many now expect South Korea's economy to shrink again in the second quarter.

Global rating agency Fitch forecast the South Korean economy to shrink 0.6 percent from three months earlier in the first quarter and again by 0.9 percent in the April-June period.

The country last saw its economy shrink for more than two consecutive quarters in 2003.

Some believe two consecutive quarters of negative growth may place the country's annual figures in the red as well.

The forecast marks a second downward revision this month alone by the global rating agency, which on March 5 lowered its growth outlook for the South Korean economy 1.1 percent from 1.6 percent.

"We have revised our real GDP, inflation, policy rate and unemployment rate forecasts. We now expect China's GDP growth rate to slow to 2.9 percent in 2020. Economies will contract in Hong Kong, Singapore, South Korea, and a newly deflationary Japan," it said.

Fitch Ratings, along with many others, still expects the local economy to post positive growth in 2020.

"Korea is also adversely affected by the virus outbreak through its exposure to world trade and its integration into global and regional value chains," Fitch said in a recent report.

"Falling growth in the rest of the world will deal a large blow to Korea's exports," it said.

South Korea's economy has annually contracted only twice so far: in 1980 and 1998. 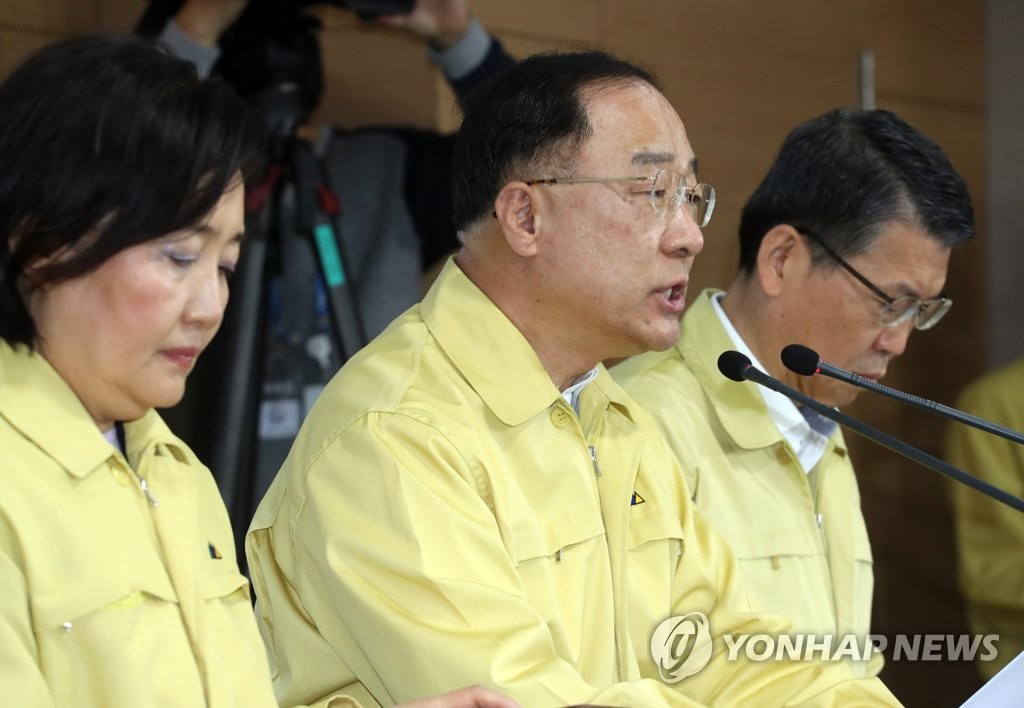 South Korea is rolling out everything it can to help minimize the economic fallout from the virus outbreak.

Shortly after the BOK delivered its first emergency rate cut in over a decade, the government announced a 50 trillion-won (US$39.2 billion) support package for local businesses, marking the single largest support measure formed against a virus outbreak.

The government has also secured 11.7 trillion won in extra spending.

The minister said the government will take additional steps if necessary, adding such steps may include an unprecedented "second" extra budget to be formed in the face of a virus outbreak.