SEOUL, March 23 (Yonhap) -- South Korea's exports are expected to fall in the second quarter of 2020 from a year earlier, data showed Monday, as the new coronavirus pandemic is expected to deal a harsh blow to the global demand of goods and services.

The export business survey index released by the Korea International Trade Association (KITA) was measured at 79 for the April-June period, down from 102.2 posted in the previous quarter. The survey was conducted on 915 export firms.

The index gauges corporate expectations about exports, with the baseline set at 100. A number below it means pessimism outweighs optimism.

It marked the first time for the index to be below 80 in seven years, after posting 78.4 in the first quarter of 2013.

KITA said the gloomy outlook came as international trades of goods were severely disrupted by the spread of COVID-19.

By segments, the petrochemical industry posted an index of 59.7, with steelmakers standing at 61.2.

The export outlook over chips, the backbone of Asia's No. 4 economy, came to 77, indicating outbound shipments of memory chips will decrease down the road amid the global pandemic.

South Korean exporters mostly cited the economic slowdown around the globe as the biggest hurdle for their sales, along with the hike in the production and shipping costs.

Ships, electronics and agricultural products, on the other hand, were among a few winners where optimism overwhelmed pessimism over the second quarter.

"The uncertainties over the global economy and demands will continue for the time being due to the COVID-19 global pandemic," KITA said in its report. "The government and related institutions need to make more efforts to minimize the damage on local exporters."

South Korea's exports had rebounded 4.5 percent in February, snapping their 14-month losing streak aided by the improving chip sector and extended working days. Annual exports fell 10.3 percent in 2019, hit by the lengthy trade feud between the United States and China.

While Seoul earlier suggested the country's exports will begin a full-fledged recovery in the first half, the new coronavirus has put its momentum under great strain.

Outbound shipments advanced 10 percent in the first 20 days of March, according to the Korea Customs Service. The daily average, however, slipped 0.4 percent as this year had more working days. 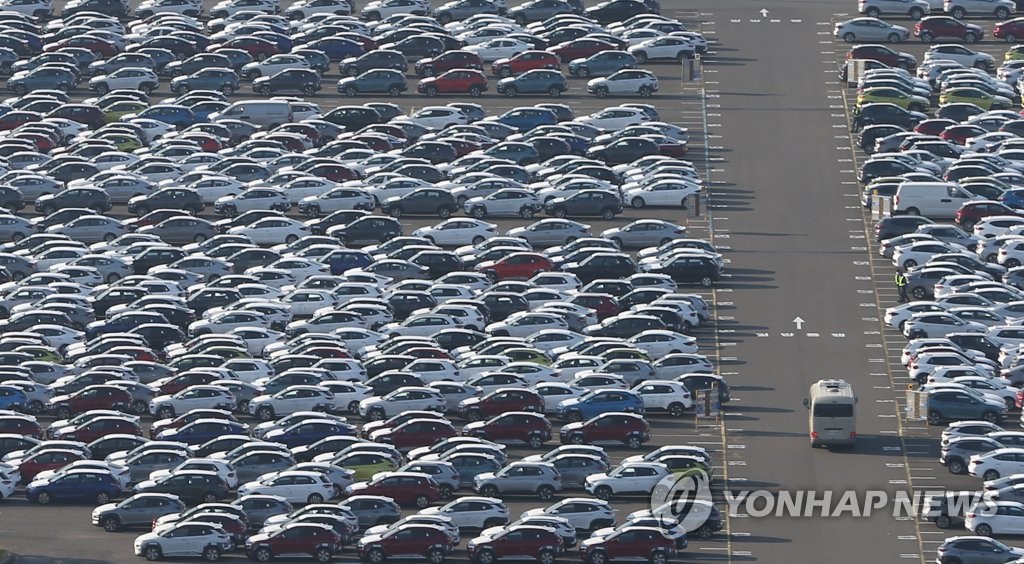