The 64 new cases, which were detected Sunday, brought the nation's total infections to 8,961, according to the Korea Centers for Disease Control and Prevention (KCDC). The daily infections stayed below 100 cases for the second straight day, and Monday's additional cases marked the lowest since peaking at 909 on Feb. 29.

So far, 111 people, mostly elderly patients with underlying illnesses, have died in South Korea from the respiratory virus that emerged in China late last year. 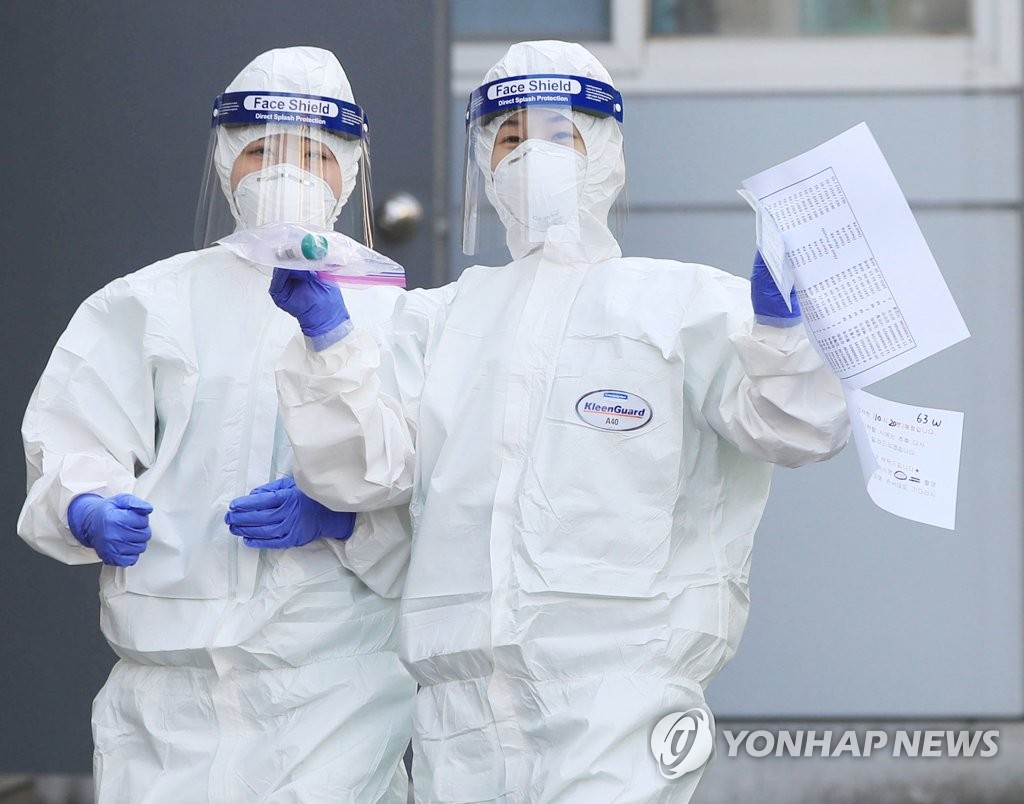 Other major provinces and cities have also reported some infections, with Seoul reporting six additional cases. The total number of imported virus cases rose by 13 to 47.

Seoul, Incheon and Gyeonggi Province, which surrounds Seoul and Incheon, saw their new daily infections rise by 20 to 721 on Sunday.

With unknown virus patients without immediate symptoms apparently causing significant numbers of infections, the government has called for people to avoid nonessential gatherings in crowded places.

Citizens are strongly urged to stay at home, except for essential needs or jobs, with the government also restricting religious gatherings, indoor sports activities and attendance at entertainment facilities, such as night clubs and karaoke rooms.

Amid a steady rise in imported virus cases, South Korea has enforced a two-week quarantine period for all long-term arrivals from Europe, regardless of symptoms. 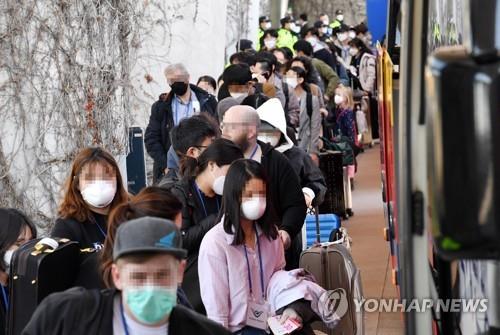 The pace of daily new infections has slowed markedly since the second week of this month as health authorities completed extensive testing of 210,000 Shincheonji followers at the center of the rapid spread.

But the authorities are still on high alert over new clusters of infections, including at a call center in Seoul's Guro Ward and Protestant churches in Gyeonggi Province.

South Korea has released a total of 3,166 fully recovered novel coronavirus patients from hospitals as of Thursday, up 257 from a day earlier, the KCDC said.

The number of people being checked for the virus and under quarantine came to 13,628 as of Sunday, down 912 from the day before, the KCDC said. The country has tested a total of 338,036 suspected cases, with 315,447 testing negative.