Following the release of the first three episodes, one new episode will hit Weverse every Monday morning, with a total of 30 clips to be provided for free, according to Big Hit.

Each episode runs for about three minutes and recycles scenes from existing BTS shows like "Run BTS!" and "Bangtan Bomb" to provide lessons on Korean grammar, expressions and culture. 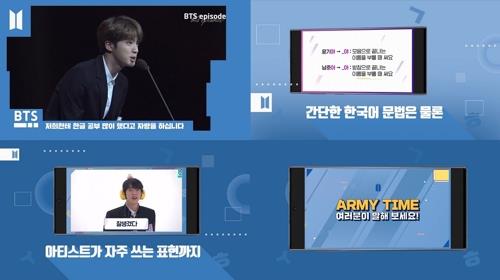 The videos will feature phrases the BTS members often use so that fans can become accustomed to the Korean language in a natural way.

Going forward, the management agency will come up with a variety of content for Korean language education for global fans featuring not only BTS but also other artists under its wing, it said.

"Big Hit devised the Korean education content in order to help improve (global fans') access to K-pop content as there's drastically increasing demand for Korean education due to the global popularity of K-pop and other Korean cultural content," the agency said. 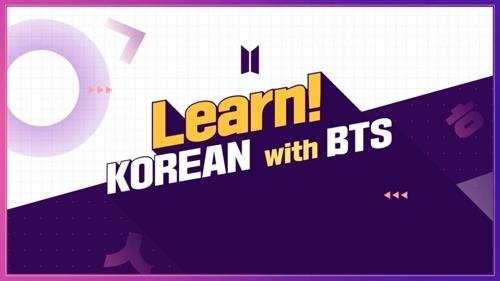