SEOUL, March 23 (Yonhap) -- One Air Force officer stationed in the southeastern city of Daegu has tested positive for the new coronavirus, the defense ministry said Monday, the first infection reported in barracks in about two weeks.

The new case brought the total number of confirmed COVID-19 cases in the military to 39.

Of the total, 21 were in the Army, 14 in the Air Force, two in the Marine Corps and one each in the Navy and a unit under the direct control of the ministry.

The numbers include 19 people who have fully recovered from the novel virus, the ministry said.

As a preventive step, around 2,060 service members are quarantined at their bases. Of them, 190 have either shown symptoms or had direct contact with infected patients, while the remainder recently visited Daegu, the surrounding North Gyeongsang Province or virus-hit foreign nations.

As of midnight, South Korea had 8,961 confirmed cases of the novel coronavirus, including 111 deaths.

A total of 2,347 military service members were mobilized as of Monday, including 452 medical staff, to help the country stem the further spread of the virus, the ministry said.

"Our military's role to protect people's lives and safety from nonmilitary security threats, including epidemics, terrorism and disasters such as COVID-19, is becoming more important," he said, urging troops to crank up their readiness to carry out related missions. 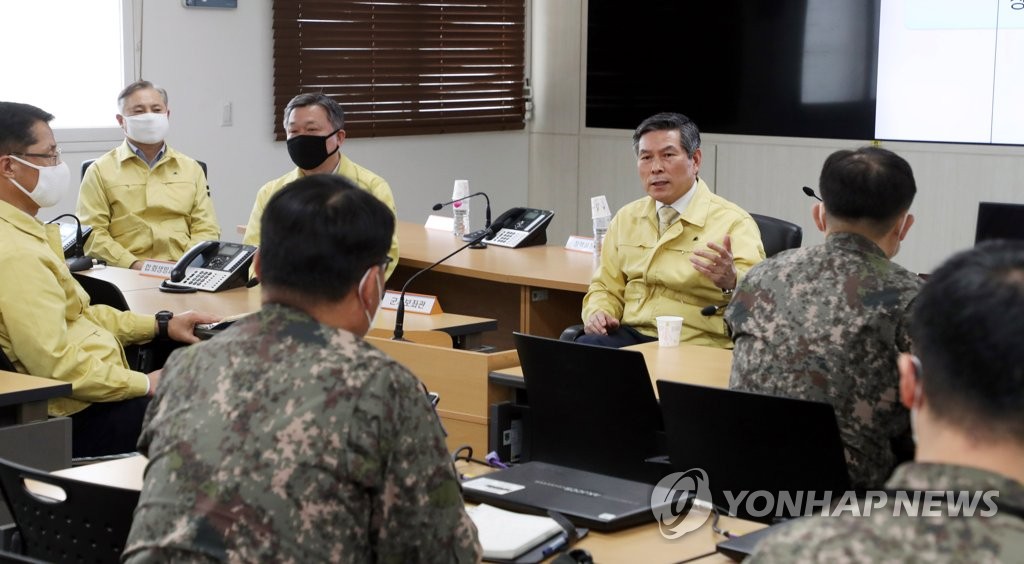