SEOUL, March 23 (Yonhap) -- South Korea needs to ramp up its quarantine efforts to prevent a surge in novel coronavirus infections from overseas despite a slowdown in new cases reported in the country, medical experts here said Monday, as the number of imported cases is rising amid a global pandemic.

After its first confirmed case on Jan. 20, South Korea went through a second wave of virus infections when massive transmissions among followers of the Shincheonji Church of Jesus religious sect were reported in the southeastern city of Daegu and surrounding North Gyeongsang Province, the two epicenters of virus outbreak here.

The pace of daily new infections in South Korea has shown a marked slowdown since the second week of this month as health authorities completed extensive testing on 210,000 Shincheonji followers.

With the country's strong push for a social distancing campaign, South Korea reported its lowest daily figure for new coronavirus infections since late last month on Monday. The 64 new cases, which were detected Sunday, brought the nation's total infections to 8,961, according to the Korea Centers for Disease Control and Prevention (KCDC). 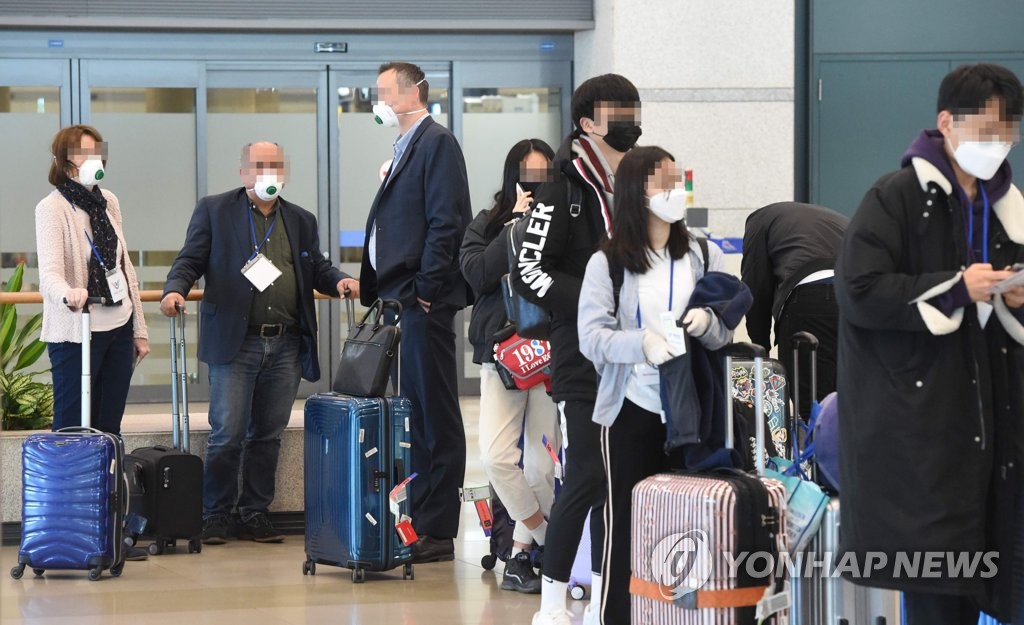 However, experts warned that a third wave of COVID-19 infections could emerge in the country at anytime if it fails to put imported cases as well as cluster infections in the community under control.

According to health authorities, the number of people suspected to have contracted the virus in foreign countries was only four in the first week of March, but it spiked to 74 last week, with more than 70 percent of them coming from Europe.

The number of cases detected at airport checkpoints also rose from four to 47 in a week, according to the KCDC.

The World Health Organization (WHO) said so far more than 294,110 cases have been reported globally in some 180 countries and territories.

Starting Sunday, the country also began to enforce a two-week quarantine period for all long-term arrivals from Europe, regardless of symptoms.

But it needs to expand its mandatory quarantine measures to all arrivals, according to experts.

"To prevent imported cases, it will be better to enforce a two-week quarantine on all arrivals," said Ki Mo-ran, a doctor who leads the Korean Society for Preventive Medicine's COVID-19 task force. "The country needs to reinforce its quarantine measures on people coming from other virus-hit countries in addition to Europe." 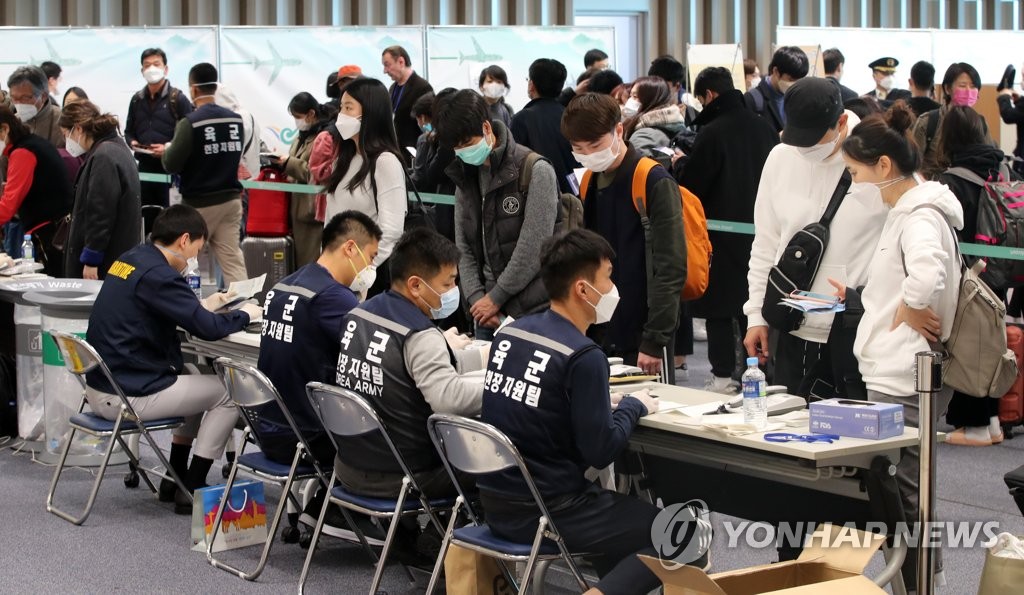 Doctors also called on people to actively engage in the government's social distancing drive as small cluster infections have been steadily rising recently.

Health authorities found that so far more than 150 cases have been linked to group infections at a call center in Guro Ward, Seoul, while some 80 cases have been tied to an outbreak at a nursing hospital in Daegu.

To stem cluster infections, the government has urged people to suspend the operation of religious, indoor sports and entertainment facilities for 15 days until April 5.

"We need to limit our activities in local communities to curb this wave of the virus," said Uhm Joong-shik, a doctor at Gachon University Gil Medical Center. "If people don't participate in the social distancing campaign, the country will have a third wave of the novel coronavirus."

Experts said South Korea also needs to be aware of mutated strains of COVID-19. Chinese researchers recently reported a mutated version of the novel coronavirus that can be more aggressive to people.

"We cannot stop mutation of the virus," said Yoo Jin-hong, a doctor who heads the Korean Society of Infectious Diseases. "If mass infections from the mutated coronavirus occur, we need to review our quarantine measures again."

S. Korea on guard against imported virus cases amid slowdown in new infections

S. Korea on guard against imported virus cases amid slowdown in new infections