SEOUL, March 23 (Yonhap) -- Flo, the third-biggest music streaming service in South Korea, has recently revamped the compilation method of its music charts in a countermeasure against a lingering controversy over music chart manipulation.

The music streaming service run by SK Telecom introduced a new "Flo Chart" to replace a real-time music chart that had been the main index ranking streaming performances of songs.

The new chart will be compiled in accordance with songs' streaming records over the past 24 hours, instead of the now-extinct real-time chart based on hourly streaming performances, according to the streaming service.

"The previous hourly updated real-time chart had been criticized as being out of contact with reality, having been distorted in many different ways," Flo said, indicating that the new chart system will better eliminate the possibility of manipulation. 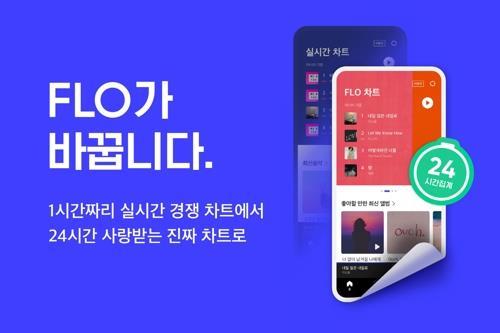 The K-pop industry has long been struggling to verify suspected manipulation of music streaming by some music market players after some obscure singers topped several music charts even without wide public support or popularity.

Culture Minister Park Yang-woo has slammed streaming fraud as an unfair practice and vowed legal revisions to root it out.

Naver Vibe, another music streaming service run by South Korea's No. 1 internet portal Naver, has also recently unveiled a plan to revamp its system in such a way that copyright fees could be paid to artists more transparently and fairly.

Under the current winner-takes-all system, an artist takes royalties in proportion to his or her music's rank on charts, a primary reason, many industry insiders point out, for streaming fraud and chart manipulation.

In a new system, to be adopted sometime before the end of June, Naver Vibe will pay royalties to artists based on how many of their songs were actually streamed by music listeners.

Lee Tae-hoon, an official with Naver's music business, said that "through a more systemic revamp in the future, (Naver) will continue to come up with effective ways in which artists, fans and music service providers can grow together." 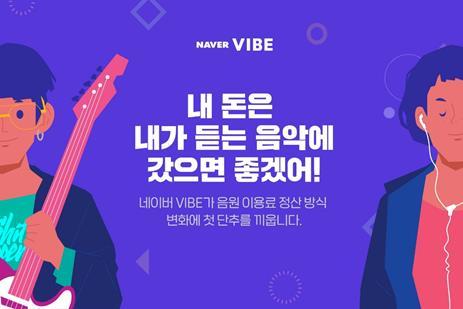