SEOUL, March 23 (Yonhap) -- South Korean health authorities on Monday urged citizens not to be deceived by misleading reports in the fight to contain the new coronavirus, saying the so-called "infodemic" makes the outbreak harder to control.

The World Health Organization earlier warned that the COVID-19 outbreak has sparked an infodemic -- an overwhelming amount of information online, usually false news or rumors.

Amid a slew of COVID-19 stories being circulated on social network platforms, the local health authorities warned that misleading assertions only hamper quarantine efforts and put many at risk, according to the country's health authorities. 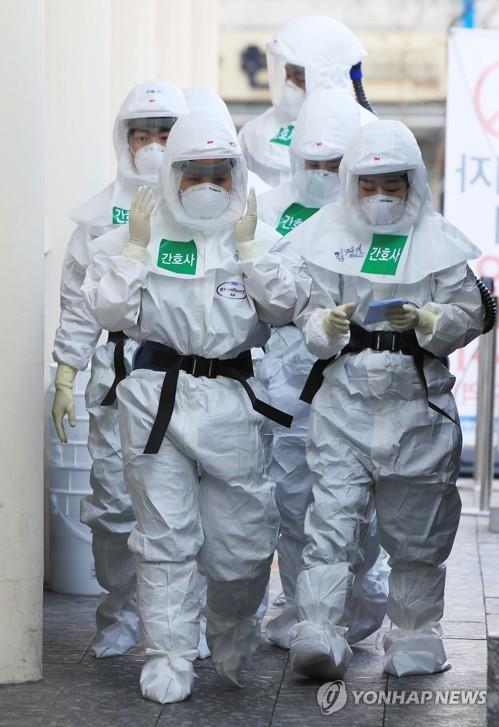 The infodemic compromises the country's virus outbreak response and increases public confusion about who and which information sources to trust, leading to fear and panic, they said.

Earlier, a local church that had reported dozens of confirmed cases was found to have sprayed saltwater in congregants' mouths on the erroneous belief that it could prevent COVID-19.

Instead, it could have boosted the risk of contagion among the worshippers, according to health experts.

A woman and her two children in Namyangju, east of Seoul, were hospitalized early this month for symptoms including stomachache, nausea and dizziness.

She was found to have used a methanol-water solution to disinfect her home against COVID-19 and was intoxicated by the chemical.

The authorities said the mistaken belief that industrial-grade ethanol can help ward off the coronavirus is totally false and can pose major threat to health.

The authorities asked people to first check whether information sources are verified and scientifically proven.

The country reported its lowest daily figure for new coronavirus infections since late last month Monday, as the nation ramped up social distancing rules to slow the virus' spread.

The 64 new cases, which were detected Sunday, brought the nation's total infections to 8,961, according to the Korea Centers for Disease Control and Prevention.