Chung bought the two companies' stocks for 19 billion won -- Hyundai Motor stocks at 68,435 won per share and Hyundai Mobis shares at 130,789 won a share -- they said. This gives him 1.86 percent stake in the flagship motor company, with his holdings in Hyundai Mobis reaching 0.08 percent.

He was named president of both companies last year and took on the role of head of Hyundai Motor's board of directors this year, making him the top decision maker in the automotive conglomerate.

"The purchase of shares should be seen as Chung taking responsibility of the company at a time of uncertainty," a corporate source said.

Last week, Hyundai suspended its U.S. plant in Georgia after an employee was diagnosed with the COVID-19 virus, and this week, the company halted its plant in Chennai in India due to the local government's measures to fight the virus that has spread across the world.

The spreading coronavirus is widely expected to impact the automotive group's production facilities and sales for the rest of the year, although the company said it will ramp up production of its popular models, like the Palisade SUV, to make up for lost sales. It said that in the next three years, it will spend 3-4 trillion won on research and development to build up its capabilities. 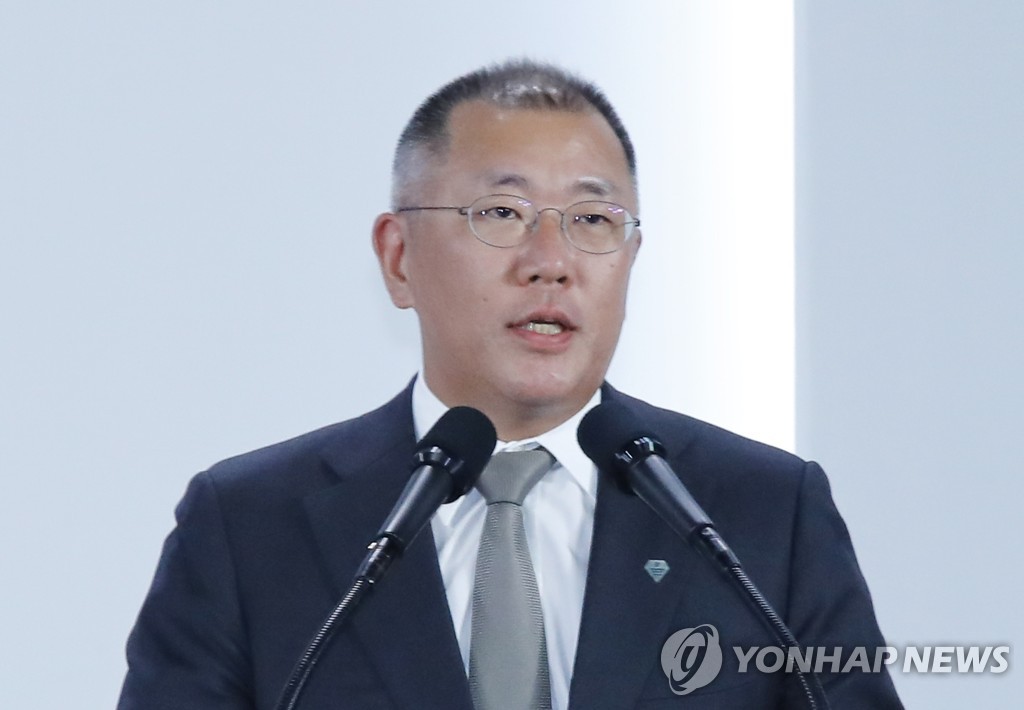