Trump made the remarks during a weekend White House briefing on his administration's efforts to contain the pandemic, while reportedly confirming North Korea's claim that he had sent a letter to leader Kim Jong-un with an offer for cooperation in battling the virus.

"Iran is really going through a difficult period with respect to this, as you know. I have put the -- it's really a glad hand, to North Korea, to Iran and to many other countries," he added. 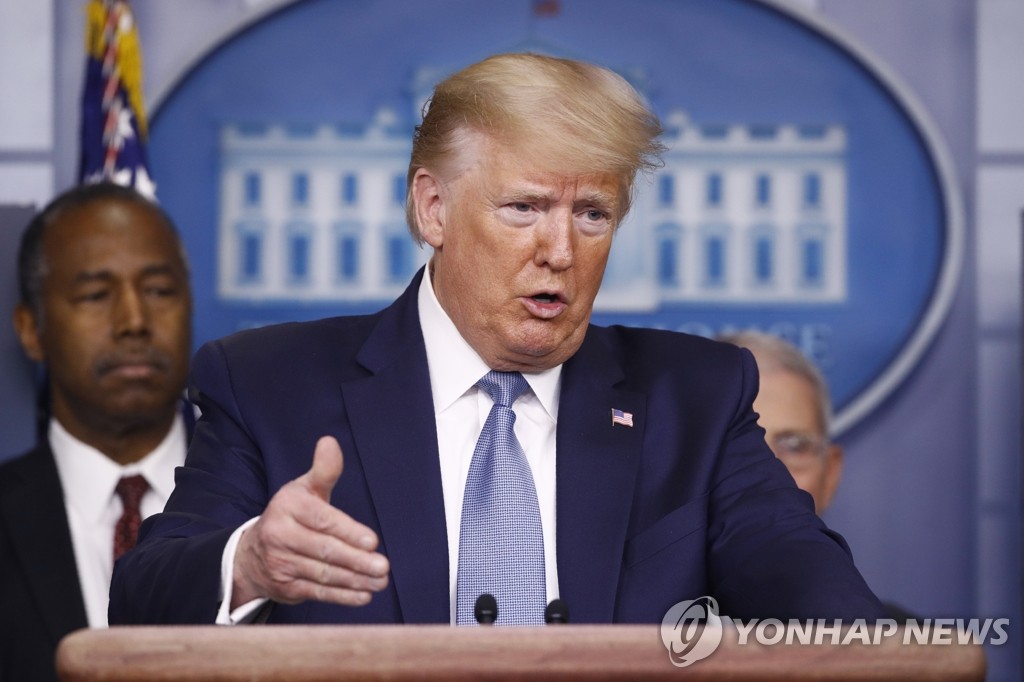 Kim Yo-jong, the North Korean leader's younger sister, revealed in a statement Sunday that Trump sent Kim a letter and offered to help with the North's "anti-epidemic work." She called the message "a good example showing the special and firm personal relations" between the two leaders.

Pyongyang has claimed to have no COVID-19 cases yet, although speculation about possible outbreaks in the communist state has persisted due to its beefed-up public awareness campaign and a lack of diagnostic capabilities.

Some observers said that Trump's latest personal letter to Kim might be aimed at discouraging the North from engaging in any major provocation that could tarnish the American leader's diplomatic credentials and hamper his reelection campaign.

It remains uncertain whether the North will accept the U.S. offer for cooperation, as Pyongyang might be carefully scrutinizing Trump's intention behind the overture, especially absent progress in the nuclear negotiations.
(END)