SEOUL, March 23 (Yonhap) -- South Korea issued a "special travel advisory" Monday calling on its citizens to cancel or postpone their trips abroad over the spread of the new coronavirus, the foreign ministry said.

The special travel advisory, effective as of Monday, applies to all countries except those that are already under higher alerts that call for withdrawal of citizens or are subject to a travel ban.

It also calls for people who are staying outside of Korea to take extra caution for their safety.

The special advisory is issued due to an urgent danger and is valid for the next four weeks unless it is extended. The advisory suspends the travel alerts already in place, except for the ones under higher warnings.

The advisory comes as many countries and territories have closed their borders and enforced a lockdown amid a rapid spread of the COVID-19 infections in Europe and the U.S. in recent days.

The latest action aims to send a message to citizens that they should not travel abroad under such difficult circumstances, as the border controls have led to suspensions of flight operations, making overseas trips impractical, a ministry official said.

Since the virus was first reported in China in December, there have been more than 341,500 infection cases globally and over 14,700 people died from the disease. On Monday, Korea's caseload reached 8,961, with 111 deaths.

The special advisory is separate from the general travel alert system that comes in a four-level scale. Seoul has issued a blue travel alert, meaning to take caution, for all countries previously not affected by travel warnings, due to the global spread of the novel virus. 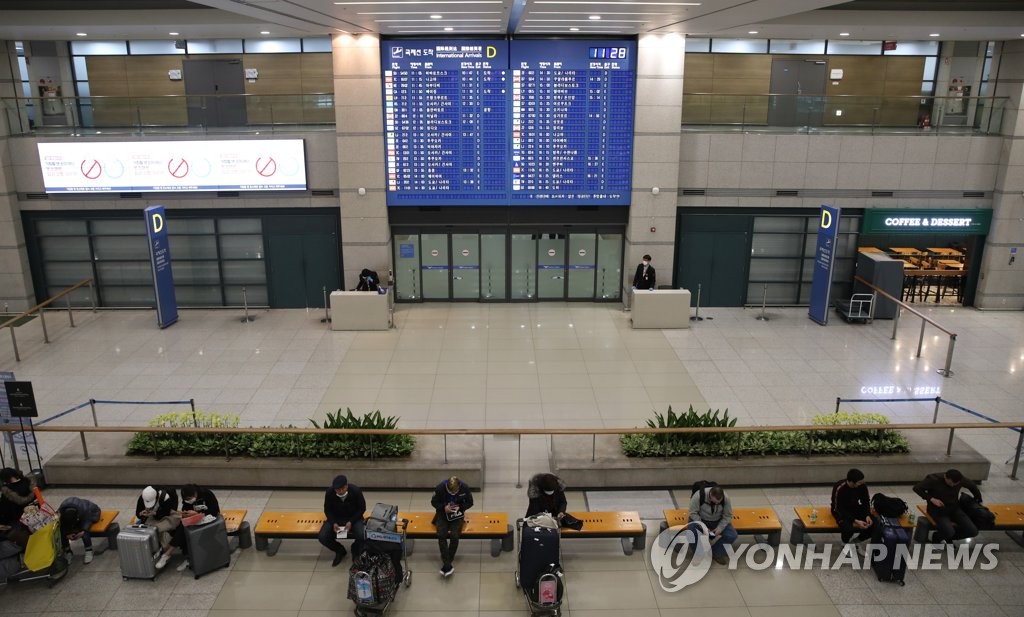