SEOUL, March 24 (Yonhap) -- The daily number of moviegoers in South Korea dropped to a record low out of fear of the novel coronavirus, data showed Tuesday.

According to the data from the Korean Film Council (KOFIC), 25,873 people went to cinemas on Monday, the smallest daily figure since January 2004 when KOFIC started to compile local box office data.

Due to the outbreak of the infectious COVID-19 virus, local movie theaters have been struggling with a sharp drop in ticket sales.

The South Korean government has raised its virus alert to the highest level and asked the public to stay at home. The country's confirmed cases have risen to around 9,000. 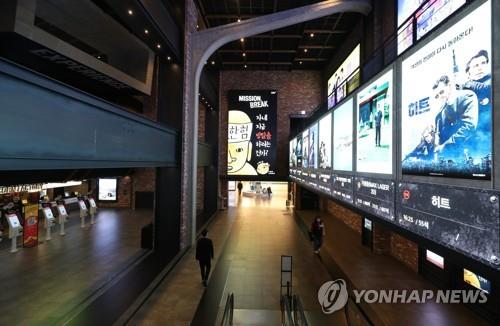