SEOUL, March 24 (Yonhap) -- President Moon Jae-in unveiled plans Tuesday to double the size of his administration's emergency-financing aid package to 100 trillion won (US$80 billion) for businesses here under growing stress from the coronavirus pandemic, and he announced a set of special funds to stabilize South Korea's bond and securities markets.

The president stressed that the government would serve as a "stout breakwater" to prevent the huge crisis facing the nation's firms, speaking at the second session of the emergency economic council.

He assured the public that every measure to prevent them going bankrupt due to the impact of COVID-19 would be taken. 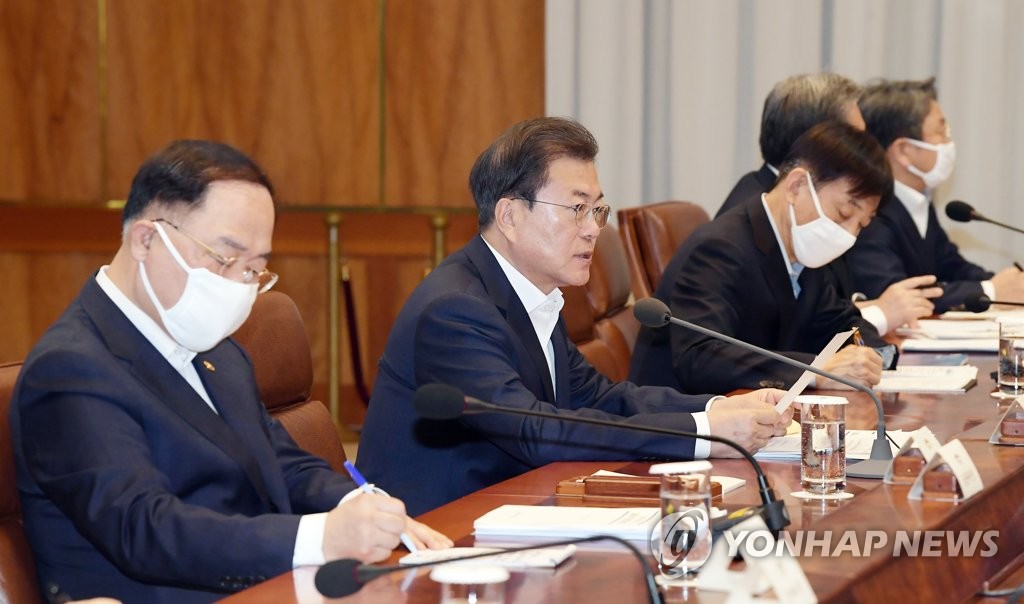 "Normal companies would never go out of business due to a temporary lack of liquidity," Moon emphasized.

To that end, he added, the government has decided to increase the emergency rescue funds to 100 trillion won from the 50 trillion won agreed in the council's inaugural meeting last week.

In addition, a 10.7 trillion-won securities market stabilization fund will be launched as a buffer against capital outflows.