SEOUL, March 24 (Yonhap) -- Gyeonggi Province, which surrounds Seoul, announced Tuesday it will pay 100,000 won (US$79.85) per person to all its residents in April to cope with the economic impact of the coronavirus outbreak.

Gyeonggi will be the first local government in South Korea to provide universal "anti-disaster basic income," while a handful of other municipal entities have recently promised payments to select low-income citizens.

"To tackle current difficulties with which we cannot procrastinate any longer, we have decided to mobilize all financial resources available and provide 100,000 won per person in Gyeonggi-style anti-disaster basic income," Gov. Lee Jae-myung said in a news conference.

The payment will be made with pre-paid cards and should be spent within three months, according to officials.

The provincial government plans to use its funds for disaster response and local development as well as other resources for the program that is estimated to cost 1.36 trillion won.

Gyeonggi has a population of about 13.26 million as of the end of February.

It has reported about 360 confirmed cases of COVID-19 as of Tuesday. The national total has exceeded 9,000. 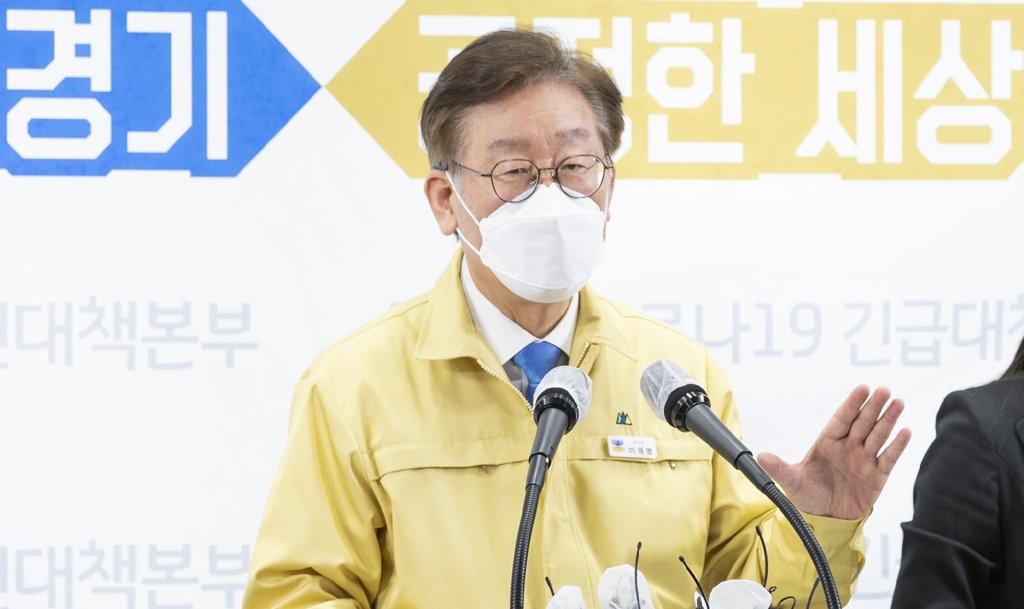 While the central government is reluctant to adopt the basic income program, citing financial burden, a few local governments have recently announced plans to provide payments to vulnerable people.

On March 13, the southwestern city of Jeonju announced it will pay about 527,000 won per person to about 50,000 low-come citizens. Seoul, South Gyeongsang Province and Daegu, the nation's epicenter of the viral disease, have followed suit.

Gyeonggi will be the first in the nation to deliver universal payments to all individuals. On Monday, the southeastern county of Ulju announced the same plan, which is expected to be implemented in May.

Lee, a liberal politician, is one of the most ardent advocates of a universal basic income as a key measure to tackle income disparity and promote sustainable growth.

"The introduction of a full-fledged basic income policy may require more public debate and understanding and financial preparation," he said. "But this unprecedented economic crisis caused by COVID-19 provides an opportunity to bring home to people the need for basic income and advance its adoption."
(END)