SEOUL, March 24 (Yonhap) -- South Korea on Tuesday unveiled a set of measures to help ease the credit crunch in the bond market and turmoil in other financial markets, which have been roiled by the spread of the new coronavirus.

The Financial Supervisory Commission (FSC) said a total of 42 trillion won will be funneled into the financial markets, with 20 trillion won in store to help stabilize the local bond market.

Early next month, a 3 trillion-won fund will be first created in addition to 7 trillion won in liquidity to be funneled into the short-term capital market to help address the credit crunch facing local companies.

The South Korean bond market has been suffering a jolt even though major economies, including the United States, sharply cut their key rates to minimize the economic fallout from the spread of COVID-19. 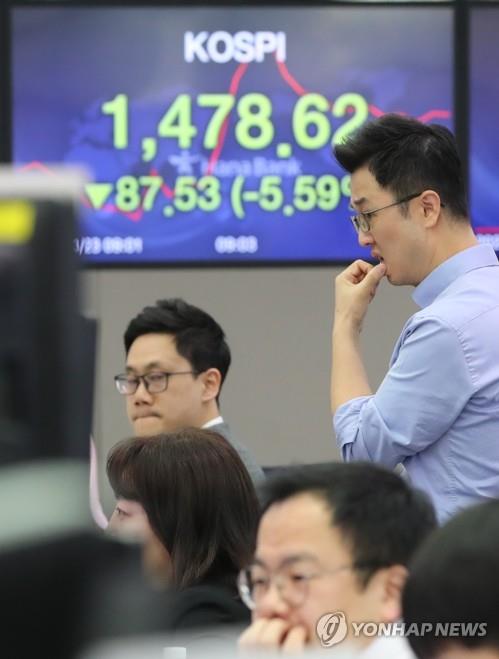 The U.S. Federal Reserve slashed its base rate by a whopping 1.5 percentage points in two emergency rate cuts, sending its rates to a target range of 0-0.25 percent.

The Bank of Korea followed suit, slashing its own rate by 0.5 percentage point to 0.75 percent last week in its first emergency rate cut in more than a decade.

According to the financial regulator, 5 trillion won will be extended to brokerage houses and an additional 2 trillion won spent to buy commercial papers issued by companies.

On top of that, 10.7 trillion won in funding will be launched soon to buttress the shaky local stock market.

The measures came as the government doubled the size of an emergency financing aid package to 100 trillion won for local businesses to minimize economic fallout from the COVID-19 outbreak.