SEOUL, March 25 (Yonhap) -- South Korea's prime minister said Wednesday the government is targeting implementing stricter screening procedures for all arrivals from the United States over the new coronavirus starting no later than Friday.

Prime Minister Chung Sye-kyun raised the urgency to tighten quarantine measures on all travelers from the U.S., citing spikes in imported cases of COVID-19.

"It is urgent to implement stricter quarantine measures for arrivals from the U.S., on top of virus tests on all travelers from Europe," Chung said at a pan-government meeting on coronavirus responses.

Since Sunday, the government has been carrying out virus tests on all arrivals from Europe and imposing mandatory two-week self-isolation on those who test negative for the virus.

Chung stressed that there is no time to delay applying stricter screening procedures as more South Koreans will likely return home due to spikes in confirmed cases in the U.S.

"In light of the urgency, the government is targeting tightening quarantine measures (for all arrivals from the U.S.) starting no later than Friday at midnight," he added.

South Korea has reported a total caseload of 9,037 since the first case on Jan. 20. The pace of the country's new virus cases appears to have slowed, but imported infections saw their biggest one-day increase on Monday.

Chung also called for tighter quarantine steps for caregivers at nursing homes as sporadic small-scale cluster infections continue to occur at such facilities.

He instructed government officials to give testing priority to those who have worked as caregivers and to map out measures to prevent some illegally staying foreign caregivers from avoiding tests due to visa problems.

In South Korea, the bulk of caregivers at hospitals or nursing homes have Chinese nationality or are ethnic Koreans from China. 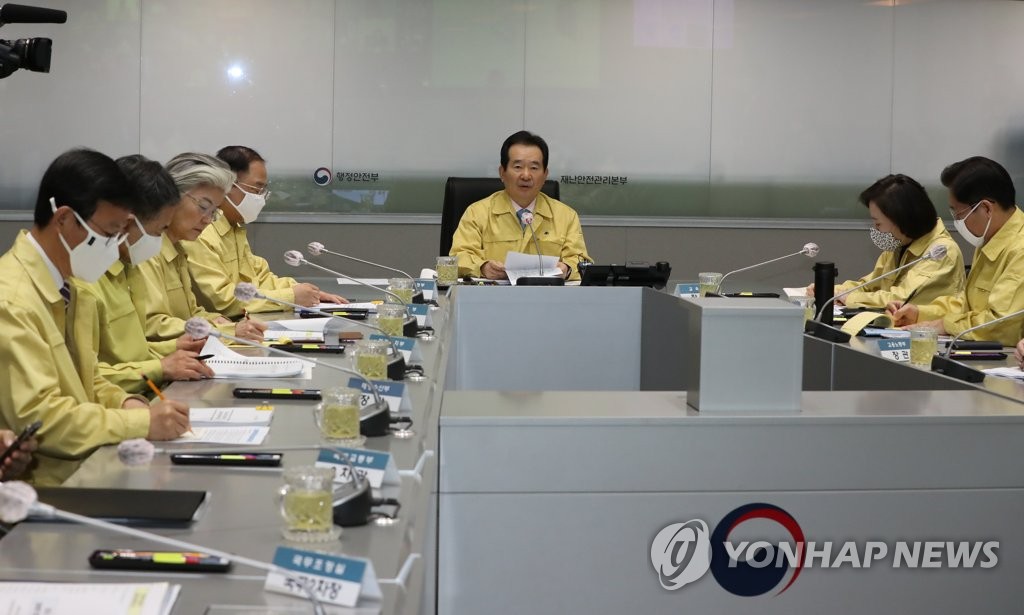