SEOUL, March 25 (Yonhap) -- "Map of the Soul: 7," the latest album by BTS, dropped to 11th on the Billboard 200 albums chart for this week in its fourth week on the list, chart updates showed Wednesday.

The latest standing for the week of March 28 marks three notches down from the eighth spot the previous week.

It marks the album's fourth week on the chart after debuting atop the Billboard 200.

Another BTS album, "Love Yourself: Answer," also entered the albums chart for this week at 180th.

The album debuted at fifth on the albums chart the previous week, making NCT 127 the fourth K-pop band to achieve a top-five hit on the chart. 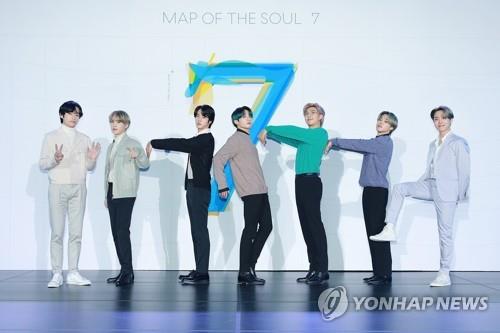