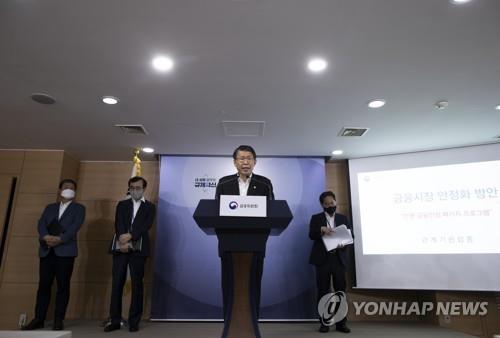 Touching on those concerns, the Financial Supervisory Commission (FSC) said it plans to soften prudential regulation for financial companies contributing to the equity market fund.

"The FSC will positively embrace contributing firms' demands that rules for risk management and capital requirements be relaxed further," an official with the top financial regulator said.