During the defense cost talks, South Korea proposed concluding a separate agreement to first address the wage issue, but the U.S. rejected the idea over concerns that such a move could further delay a comprehensive deal, according to Seoul's top negotiator Jeong Eun-bo.

Since last September, the two countries have held seven rounds of SMA talks. The U.S. still demands a hefty increase of Seoul's financial contribution to the USFK to some $4 billion, while Seoul appears to have expressed willingness to pay more than its earlier proposal of an apporximate 10 percent increase. 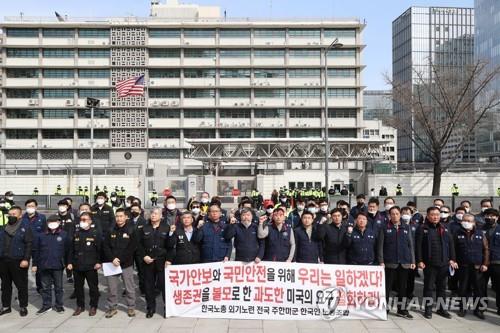