The Doosan Bears and the Kia Tigers of the Korea Baseball Organization (KBO) had both halted their practice Tuesday with a potential COVID-19 case on the team.

With the Bears, a family member of a player had come in direct contact with the COVID-19 patient at work. The relative tested negative for the virus Wednesday, allowing Doosan players to come out of their self-isolation for an intrasquad game later in the day. 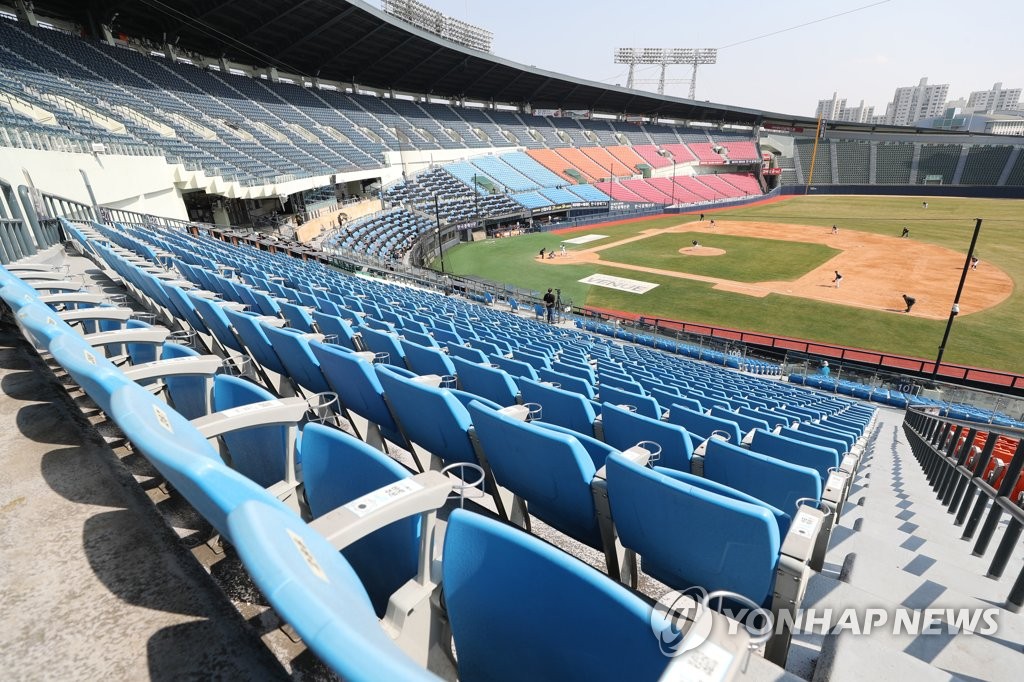 The Tigers stopped their practice midway through Tuesday after one player exhibited a fever. The player's test for the virus came back negative Wednesday.

The Tigers canceled their scrimmage, which had been scheduled for 1 p.m. but will instead have practice starting at 6 p.m.

The COVID-19 outbreak has forced the KBO to delay the start of the regular season. It was slated to start this Saturday, and the league announced Tuesday the season will not begin before April 20.

There haven't been any confirmed COVID-19 cases among KBO players, coaches or employees, but a handful of teams have had stop-and-gos because of earlier scares. The Bears also had to suspend their training on March 16 after learning that their minor league team had been on the same flight home from Taiwan as a Kiwoom Heroes minor leaguer who exhibited a fever. The player tested negative the following day, and both the Bears and the Heroes resumed training immediately. 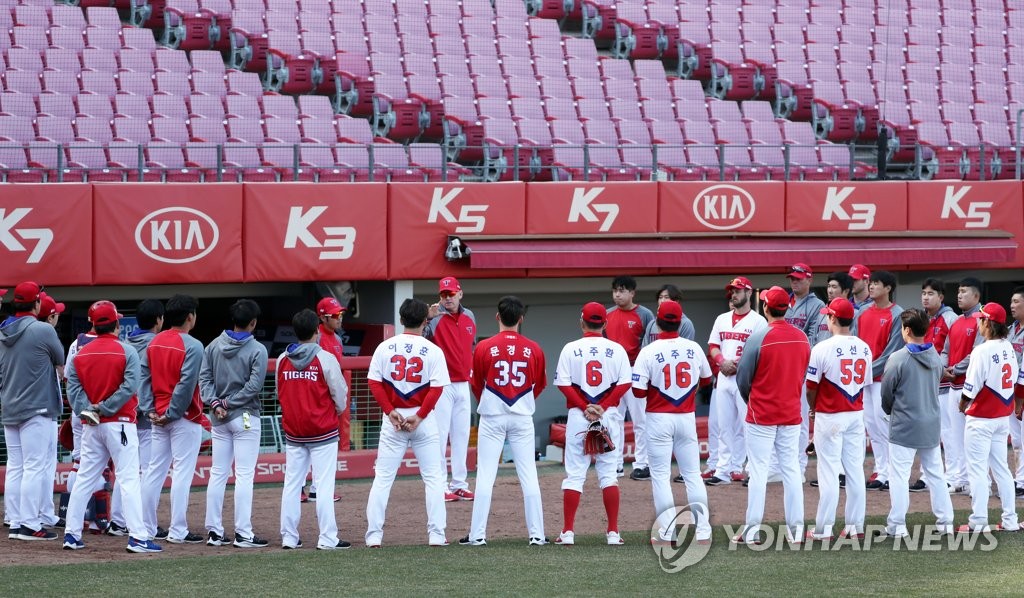