SEOUL, March 25 (Yonhap) -- The postponement of the 2020 Tokyo Summer Olympics will mean different things to different athletes. For several South Korean male football players, it may mean the loss of a career-altering opportunity.

The quadrennial competition has been pushed back to next year due to the coronavirus outbreak. The International Olympic Committee (IOC) still has long ways to go before finalizing the details of the qualifying processes for different sports. 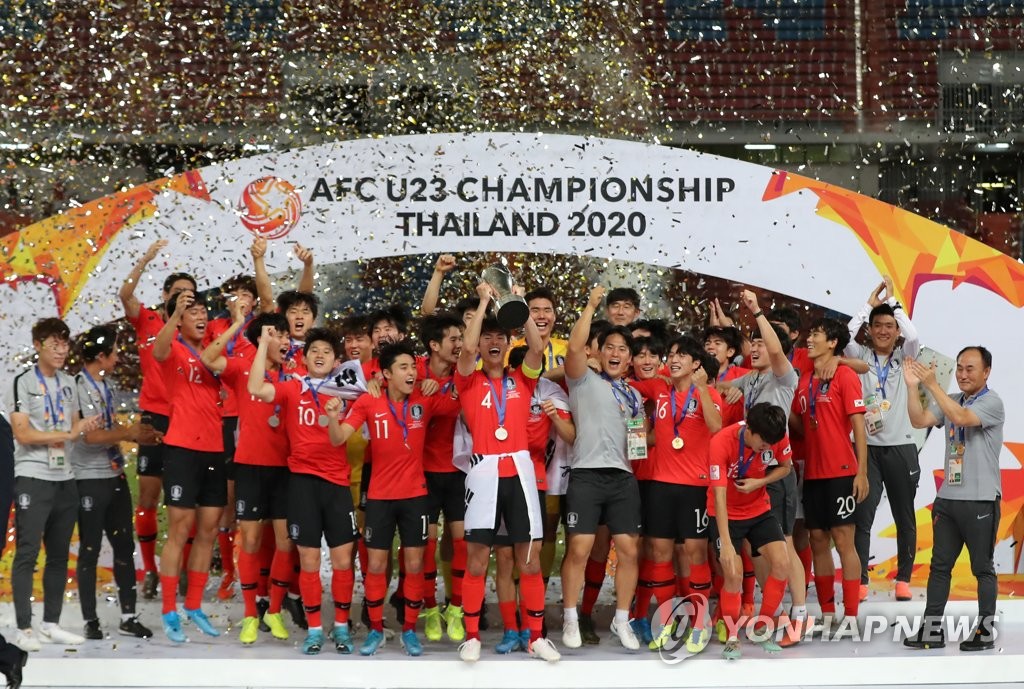 No matter which direction the IOC takes, perhaps no sport will be affected as much as men's football, the lone Olympic event with an age limit.

Only players who are 23 years or younger can participate, with the exception of a maximum three overage players per team. If the Tokyo Olympics were to be held as scheduled, players born on or after Jan. 1, 1997 would be eligible.

But now that the Olympics will take place in 2021, will the under-23 age restriction remain in place? In that case, players born on Jan. 1, 1998, or later will be allowed to compete, along with three overage players. Or will the IOC raise the age limit to 24 for next year, so that players who helped their country qualify for the Olympics will still have a chance to play?

Answers to these questions will carry particular weight for South Korean men's football players, because of their unique situation with the country's mandatory military service.

Winning an Olympic medal of any color will exempt all South Korean male athletes from military duties. For football players in their early 20s with aspirations of moving to major European leagues or carving out a long domestic career, a two-year military service disruption could cost them millions in contracts or, short of such lucrative deals, stability and security. 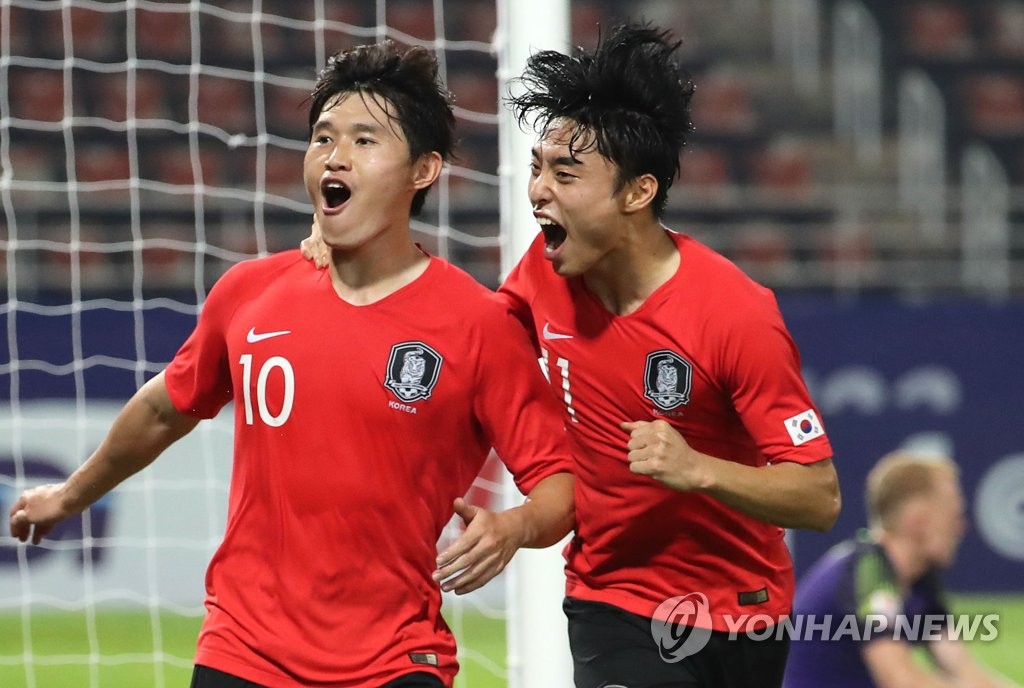 When South Korea won the Asian Olympic qualifying tournament, the Asian Football Confederation (AFC) U-23 Championship, in January this year, coach Kim Hak-bum received major contributions from 11 players born in 1997. The group includes the tournament MVP Won Du-jae, who excelled as a shutdown midfielder. Starting goalkeeper Song Bum-keun, named the best netminder of the competition, was also born in 1997. Lee Dong-gyeong and Lee Dong-jun, who tied for the team lead with two goals apiece, are 1997 births, too.

And former FC Barcelona prospect Paik Seung-ho, who wasn't made available by his German club Darmstadt 98 for the qualifying tournament, is another 1997 birth who can help the team on both sides of the ball in midfield.

There are also some practical concerns for coach Kim about not having those 1997-born players available.

South Korea played six matches in the qualifying tournament, and the coach never once used the same starting lineup in consecutive contests. The constant juggling worked to perfection, not just because the youngsters bought into Kim's system, but also because the same core of players had been playing together for so long that there was natural chemistry.

At 18 players per team, the Olympic roster is smaller than the one at the AFC competition, where teams had 23-man rosters. And with three spots going to overage players, younger candidates are left to compete for 15 places. After South Korea won the qualifying tournament, expectations were that Kim would take most, if not all, of his 1997 births from the AFC U-23 title squad to Tokyo, and then add a few more pieces to round out the team.

But now, the stressful waiting game will begin to see if the math will still be that simple.

"It's disappointing that the Tokyo Olympics will be postponed, because we've been preparing for this competition for a long time," coach Kim said Wednesday in a statement released by the Korea Football Association (KFA). "But obviously, health is far more important, and pushing back the event was the right decision. As far as the age limit is concerned, I'll just wait and see how the situation develops and make plans accordingly." 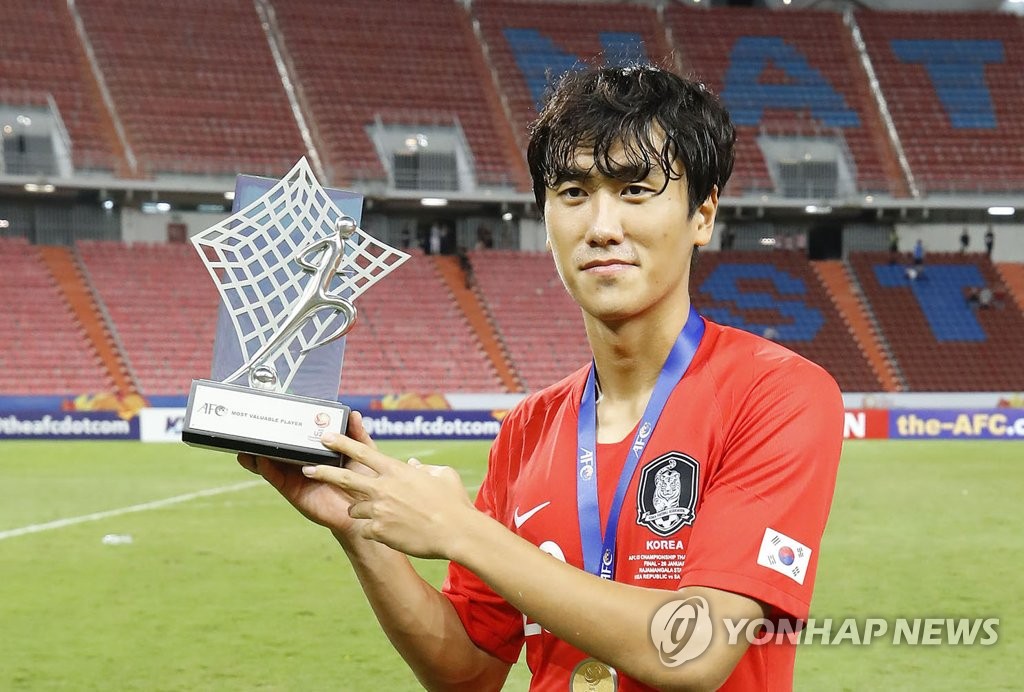