The Chinese plane, presumed to be a Y-9 surveillance aircraft, first entered the zone at around 10:06 a.m. from the southeastern side of South Korea's southern island of Jeju and stayed there for about 17 minutes, JCS officials said.

About 1 1/2 hours later, the plane reentered the zone and stayed for around 18 minutes, they said.

"Before the first entry, the Chinese side identified itself as a warplane carrying out normal military operations," a JCS officer said, adding that the South Korean military made "appropriate tactical responses in accordance with the related manual."

Air defense identification zones are not territorial airspace and are not bound by international law. But a foreign warplane is supposed to make prior notification before approaching them, in line with international customs to prevent accidental clashes, among others. 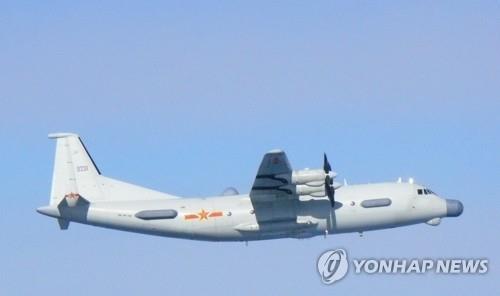