SEOUL, March 25 (Yonhap) -- New films by star South Korean directors are poised to hit theaters this year, giving a boost to the movie industry hit hard by the novel coronavirus.

Choi Dong-hoon, famous for smash-hit crime thrillers, including "Tazza: The High Rollers" (2006), "The Thieves" (2012) and "Assassination" (2015), will return with a new crime science-fiction film about aliens living in Korea.

The film, which stars Kim Tae-ri, Kim Woo-bin and Ryu Jun-yeol, is now in pre-production and will start shooting later this month.

Prominent director Kim Tae-yong, whose previous film is the English-language remake "Late Autumn" (2010), is coming back with a star-studded fantasy film, "Wonderland," his first release in nine years.

A-list celebrities, including Gong Yoo, Park Bo-gum, Tang Wei and Suzy, will take roles in the film, which revolves around two couples who visit a virtual world called Wonderland, where people can reunite with their loved ones.

The film is expected to kick off shooting next month.

Before them, two other well-known filmmakers -- Yeon Sang-ho, who helmed the popular zombie thriller "Train To Busan" (2016), and Lee Yong-ju of the romance "Architecture 101" (2012) -- will attract film buffs to theaters. 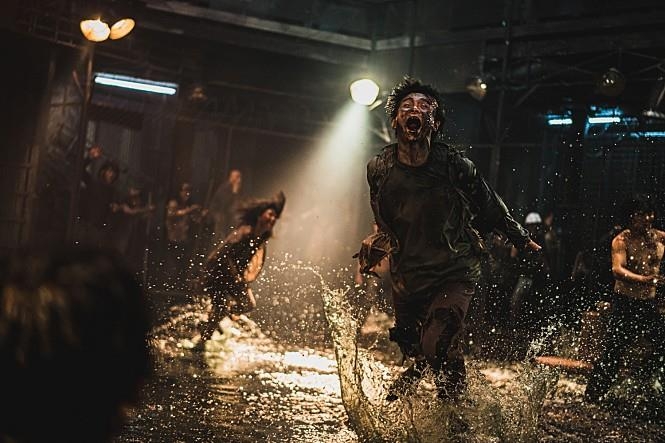 Director Lee is coming back with "Seobok," a sci-fi film based on the Chinese legend of Xu Fu, an explorer who looked for the elixir of life.

Due to lingering fears over the novel coronavirus, the daily number of moviegoers in South Korea dropped to a record low this week.