SEOUL, March 25 (Yonhap) -- South Korea's major companies have been forced to change their marketing campaigns for this summer, industry officials said Wednesday, after the 2020 Tokyo Olympic Games were pushed back amid the novel coronavirus pandemic.

The International Olympic Committee (IOC) and Japan on Tuesday agreed to postpone the Tokyo Olympics until 2021 due to the global spread of the new coronavirus. The quadrennial multi-sport event in the Japanese capital was originally scheduled for July 24 to Aug. 9.

Industry officials said the postponement of the Tokyo Olympics will adjust the marketing activities South Korean companies have planned for this year and could even drag down their sales. 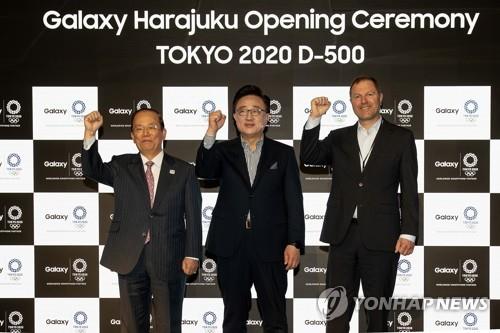 Among South Korean firms, Samsung Electronics Co. is expected to take the biggest hit from the Olympics postponement, as the company is the exclusive worldwide Olympic partner in the wireless communications equipment and computing equipment category.

Samsung has been sponsoring the Olympic Games since 1988. In 2018, the South Korean tech giant signed a deal to extend its global Olympic partnership through 2028.

Samsung last month unveiled the Olympic edition of its flagship Galaxy S20 Plus smartphone and planned to promote the product alongside its latest foldable smartphone, the Galaxy Z Flip.

Samsung also needs to delay its plan to advertise its smartphones through its Athlete Phone Program, in which the company provides limited edition Olympic Galaxy smartphones to all participating athletes in cooperation with the IOC and the Tokyo Olympics organizing committee.

Industry officials said Samsung and its smaller rival LG Electronics Inc. will also have to lower their expectations on 8K TV sales. 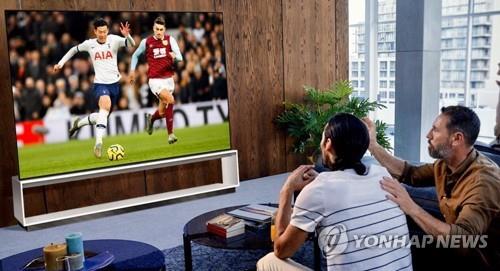 Usually, TV manufacturers see major sporting events as an opportunity to sell their latest TV sets. This year, they aimed to promote their 8K TVs because the major broadcasters planned to cover the Tokyo Summer Games in 8K.

8K is the highest-resolution standard for video content and offers four times the number of pixels of a 4K UHD screen and 16 times that of a full HD screen. Having so many pixels means a higher image density, which should deliver a clearer, better defined picture.

Samsung has been promoting its 8K QLED TVs, while LG has been advertising its 8K OLED TVs, both claiming their TVs provide the best consumer experience for watching sporting events.

Industry officials said local electronics makers and mobile carriers will also have to scale down their marketing plans regarding the 5G mobile network.

"Not only will they lose a stage to show off their technology, the companies will have to see a later blooming of the 8K TV market and 5G commercialization," an official at an electronics firm said. "With global consumer sentiment contracted due to the COVID-19 pandemic, it is also uncertain when they would see a recovery in demand."

Some South Korean firms have been already suffering from suspension of football competitions in Europe after the novel coronavirus hit the region. The European football governing body has pushed back its continental championship to 2021, and pro football leagues in Spain and Italy have been suspended indefinitely.

Local firms like Hyundai Motor, Hankook Tire and Kumho Tire have been sponsoring football clubs and competitions in Europe as part of their marketing strategy there.