SEOUL, March 25 (Yonhap) -- The foreign ministry has arranged a series of special flights to help about 780 South Koreans return home from the coronavirus-hit Peru and Italy by next week, a ministry official said Wednesday.

A total of 202 people in Peru, including tourists and volunteers of the state aid agency KOICA, will fly out of Lima to Mexico City on a government-arranged special flight before heading home from there on the same flight, the official said.

They are expected to arrive in Incheon, west of Seoul, on Saturday.

"The schedules may change, as you know, depending on the circumstances, but we are working to set the schedule with the aim of (having the flights) arrive in Incheon on Saturday morning," the official said.

For those in Italy, the government arranged two chartered flights to bring back 581 people, including Koreans and their Italian family members, the official said.

The first plane, carrying 151 people from Rome, is scheduled to return next Wednesday, with the second flight, from Milan, carrying the rest to land in Incheon the following day.

The ministry official said that about 170 Koreans in Mongolia could return home around this weekend on one or two such special flights. Seven Korean nationals in Rwanda may also be able to board a U.S.-arranged chartered flight to come home, according to the official.

South Korea has been in talks with the governments of foreign countries to arrange non-regular flights to help the return of Korean citizens stranded there following border controls and suspension of flight operations to stem the virus spread. 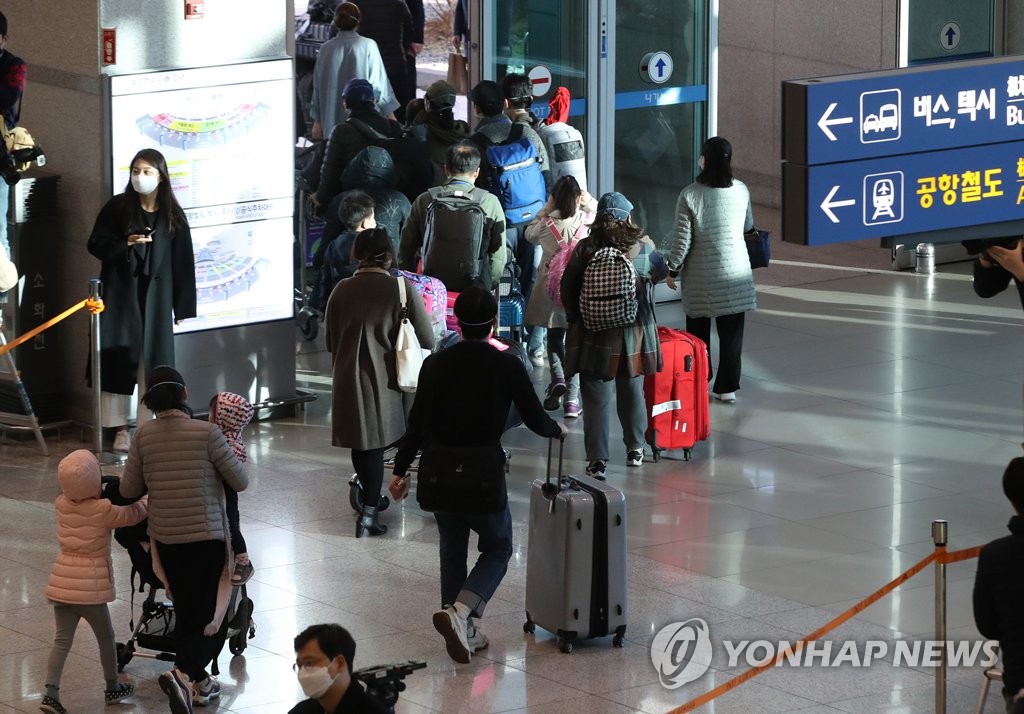