SEOUL, March 25 (Yonhap) -- GM Korea Co. and its labor union said Wednesday that they have reached a provisional agreement on their long-drawn wage talks.

The understanding on wages and collective bargaining for the 2019 calendar year, comes after nine months of negotiations, with unionists giving up their demands for an increase in basic wages and special bonuses, the South Korea unit of U.S. auto giant GM said.

The carmaker said that while it could not afford to increase wages for its employees, it will give so-called incentive vouchers to those who want to buy new GM cars. The employee discounts will allow deductions ranging from 1-3 million won (US$810-2,400) per person, depending on the model.

The two sides said they will hold further talks on the issue of legal actions taken by management against employees who engaged in unauthorized strikes last year.

Wage talks began in July, but little headway was made, with workers staging full or partial walkouts that lasted over a month from Aug. 20. All negotiation effectively broke down in October over the wage increase and bonus issues, before dialogue resumed this year.

The agreement is expected to be voted on by union workers next Monday and Tuesday. More than half of those that vote must agree to the conditions for the pact to be finalized. 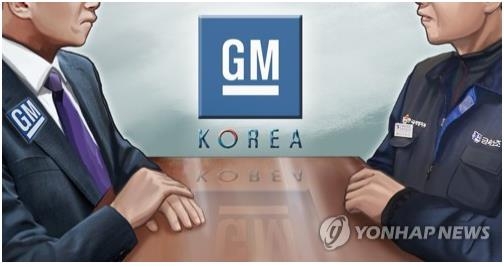