SEOUL, March 25 (Yonhap) -- Romania has sent a NATO aircraft to South Korea to pick up protective gear it plans to use to contain the spread of the novel coronavirus, military and diplomatic sources here said Wednesday.

The C-17 heavy military cargo plane landed at Incheon International Airport, just west of Seoul, earlier in the day. After a brief stay, it took off from the airport, the main gateway of South Korea.

"Romania mobilized a NATO cargo plane to transport protective gear," a foreign ministry official said. The plane, known to be based in Hungary, seems to have used the civilian airport since it was on a non-military mission.

Romania, one of 29 members of the North Atlantic military alliance, has reported 726 confirmed COVID-19 cases, with eight deaths, according to its health authorities.

The country has signed a contract with a South Korean firm for the supply of 20,000 coronavirus testing kits, the ministry said. 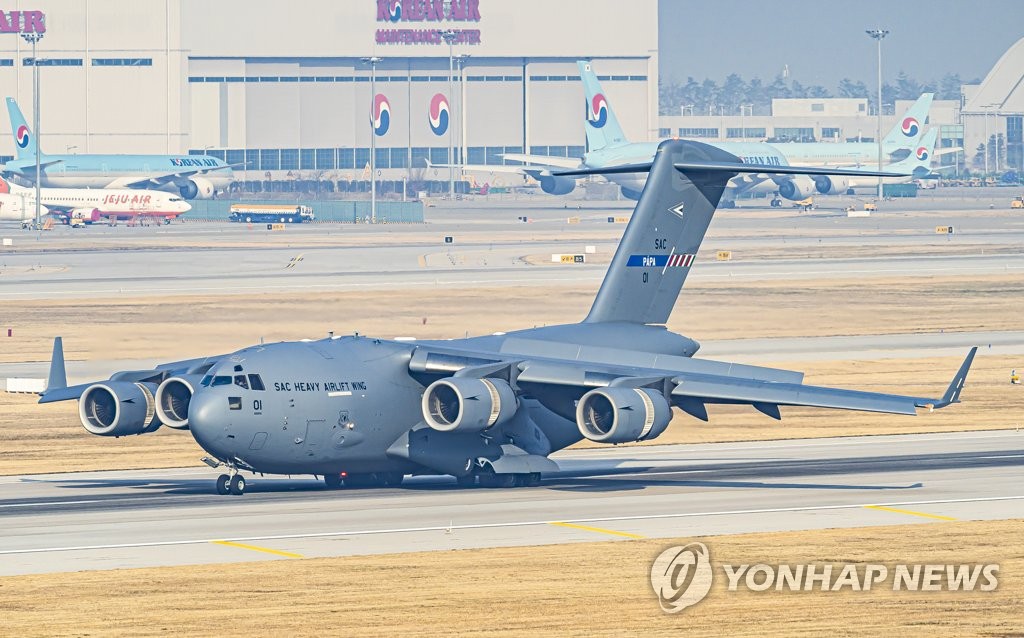